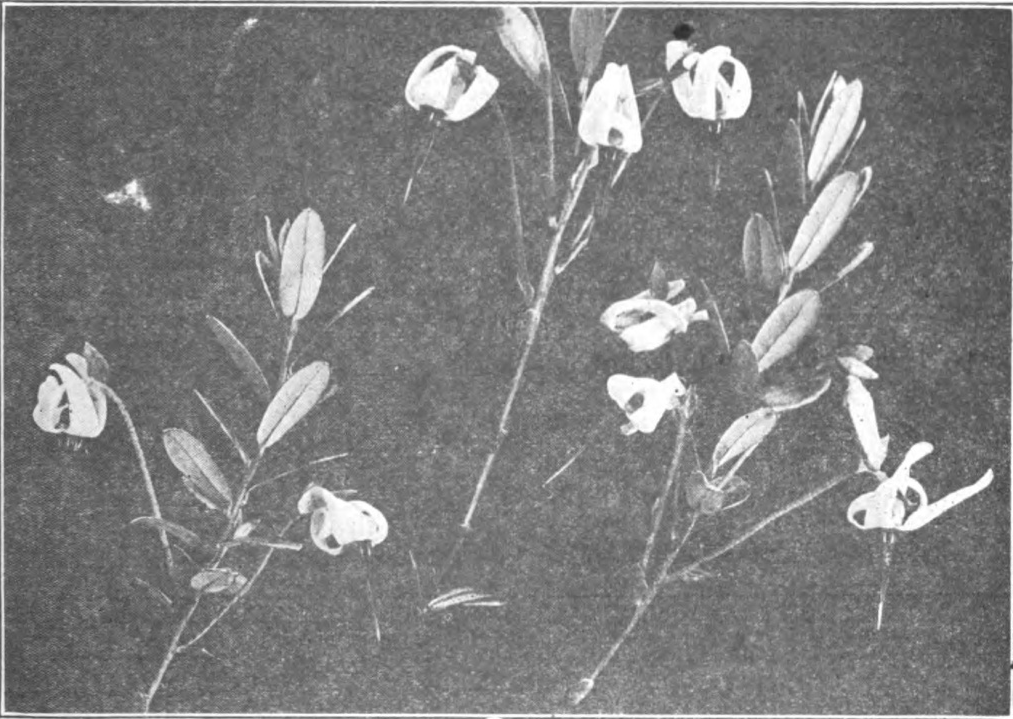 DAISY, WHITE-WEED, COMMON DAISY (Chrysanthemum Leu- canthemum). This abundant composite with white rays and yellow center is rarely visited by bees when anything else is available. Occasionally in late summer bees work it. Allen Latham in Connecticut wrote me that sometimes an amber honey with a good flavor is stored from daisy, generally mixed with other species.

DODDER, LOVE-VINE (Cuscuta spp.). Parasitic vines without leaves or green color, the twining branches yellowish, the small white flowers in clusters. It is widely distributed over the United States and Canada and often is a serious parasite on crops. In Tennessee, Leslie Little reported that a good-sized surplus is sometimes stored from dodder during the dry period of midsummer. The honey is reddish-amber with a fair flavor. In Texas there are reports that bees visiting dodder are poisoned and die before they can reach their hives.

DOGBANE, SPREADING (Apocynum androsaemifolium). Sometimes called HONEY-BLOOM. Herbs up to 2 feet tall with milky juice, entire opposite leaves and bell-shaped, nodding flowers, white with a pinkish cast, and long, slender pods with hairy seeds resembling those of milkweed. Dogbane grows from Canada and Alaska south to West Virginia, Arkansas, and New Mexico and blooms from June to August. The flowers often trap small insects by their feet between grooves in the stamens but honeybees can easily pull loose. Dogbane produces considerable honey which is described as white and mild, much like that of fireweed with which it is often mixed. Indian Hemp (A. cannabinum) is common in the southern states bu is less valuable.

DOG WOOD (Cornus spp.). The flowering dogwood is the best known, but several other species of dogwood secrete more nectar. Dogwoods occur in most eastern states but are especially valuable in Arkansas. The honey is a light golden color with a mild flavor. Average yields are rarely more than 10 or 15 pounds per colony.