over the flowers with greater eagerness than any other species in the area. There is considerable controversy over the color of the honey but most beekeepers in the area insist that it is as black as that of its close relative, buckwheat, and that they have to keep their apiaries far away from towns where the vine is planted.

FIREWEED, WILLOW HERB (Epilobium angustifolium) A tall herb with large clusters of red-purple flowers growing in dense stands in areas recently burned over. This far-northern species is found from Greenland to Alaska south to northern United States. Fireweed produces tons of an extra white, mild honey in late summer. Yields up to 150 pounds per colony have been reported and Philip Bishop in New Brunswick writes me that bees may store 300 pounds for several years after a large forest fire. No other major honey plant grows as far north as fireweed.

HAWKWEED, DEVIL’S PAINT BRUSH (Hieracium aurantiacum). Low herbs with a basal crown of hairy leaves, with several bright orange heads of composite flowers all with strapshaped corollas. This weed grows in waste land especially in the northeastern states. Bees work the flowers freely in early summer and sometimes store a light amber honey with a yellow cast and poor flavor. Yellow hawkweed (H. pratense) is common in the same locations and is even more popular with bees.

HEARTSEASE, SMARTWEED, KNOTWEED (Polygonum Persicaria and spp.). This well-known weed springs up in corn fields and waste places often forming great patches of pink bloom. A heart-shaped, dark area on the leaves gives the plant its name. Heartsease is an important honey plant in the prairie and midwestern states. Surpluses up to 300 pounds have been reported in Kansas, but average surpluses are usually around 50 pounds. The honey is light amber but on the black lands of Illinois white honey has been made. The flavor and odor of the honey are so strong that heartsease is not suitable for table use, although persons accustomed to buck- wheat honey, its close relative, sometimes like it too.

HOUND’S TONGUE (Cynoglossum officinale). The reddish-purple flowers are in one-sided racemes in this weed introduced from Europe and now established in waste places in the northeast and central states. The honey is reddish amber of fair quality. Hound’s tongue blooms in summer.

MARIGOLD, FIREWHEEL, INDIAN BLANKET (Gaillardia pulchella). Herbs with large flowers; yellow at the apex and red or purple at the base. They are common in the southwest but are chiefly valuable in Texas where they yield a yellow amber honey with a fair flavor generally considered a low grade honey. Surpluses up to 75 pounds are occasionally reported. 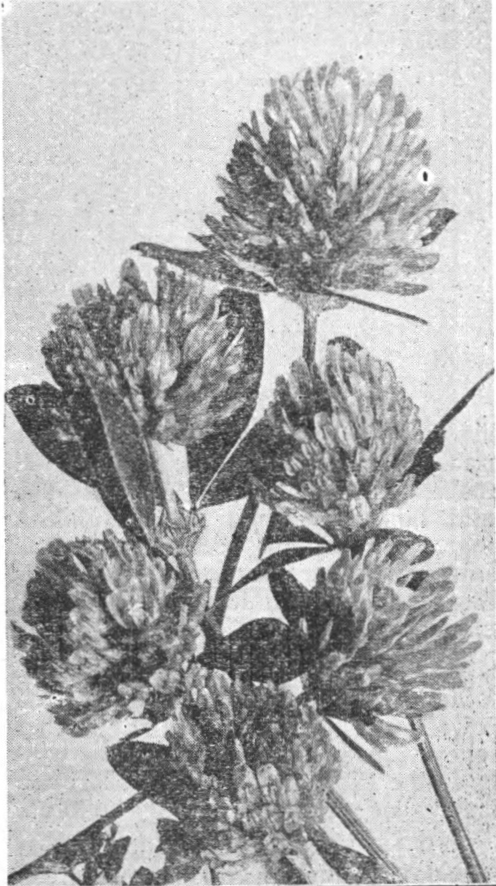