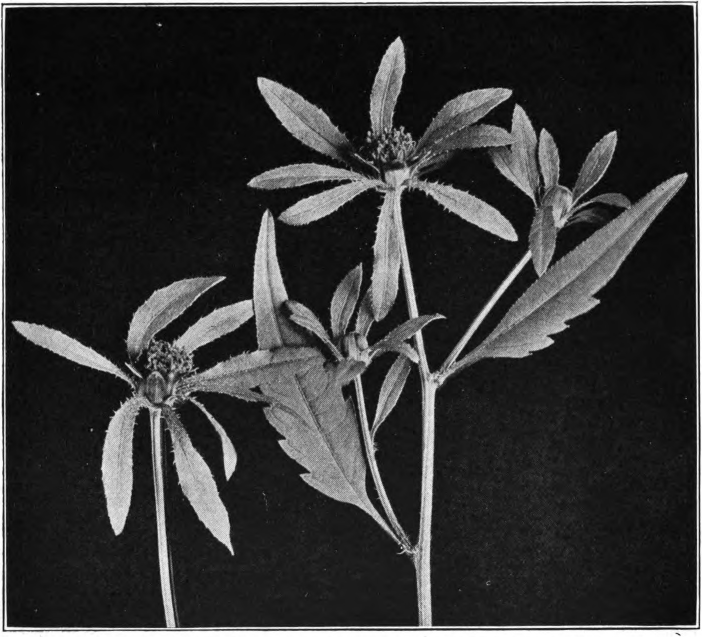 belongs to another genus. It is an important honey plant in Ventura County, California, where it yields a honey of good quality, but not equal to that of sage, orange, or alfalfa. See Lima Bean, also Castor-oil Bean.

BEARD-TONGUE (Pentstemon laevigatus). — A smooth perennial herb belonging to the figwort family, with slender stems, 2 to 3 feet tall, opposite oblong leaves, and two-lipped white or purple-tinged flowers. At Brandon, Florida, this species is very abundant and has spread over many acres of land. Colonies of bees are reported to have stored 200 pounds of surplus comb honey from this source alone, on which account it is locally called a “wonder honey plant.” After the middle of the day the flow of nectar ceases, and a bee is rarely seen on the bloom until the next morning. The honey is mild in flavor, white in color, and very slow to granulate. Beard-tongue in this locality blooms from June to August. It is found in open woods from Pennsylvania to Florida and Louisiana.

BEE-BALM (Melissa officinalis). — A culinary herb, widely cultivated in gardens. While the flowers abound in nectar they are better adapted to bumblebees than to honeybees. The tongue of the honeybee is not long enough to reach the bottom of the tubular corolla.

BEGGAR-TICKS (Bidens frondosa). — This species is common in damp land throughout the northeastern states. Many species of Bidens are abundant in wet