from Pennsylvania to Oregon, and also in many foreign countries. Probably no other forage plant known will grow successfully under wider variations of soil and climate. At Ames, Iowa, the plants have often averaged a growth of over1 1/2 inches per day, with a maximum under greenhouse conditions of 2 1/2 inches in 15 hours. Spikes of seed which measured 20 inches in length have been produced. Planted in rows 3 feet apart, the yield of seed was from 5 to 8 bushels per acre, while with closely spaced rows the crop of seed was over 10 bushels per acre. When seeded broadcast on a weedy and poorly prepared seed-bed the last of May, it overcame the weeds, made a growth of 5 1/2 to 7 feet, and matured a seed crop. Individual plants in this state have attained a height of 9 to 10 feet.

The new annual white sweet clover fills a place which no other legume occupies. No other leguminous plant will so quickly furnish the farmer with hay and pasturage and the beekeeper with honey. A crop of hay, which the biennial sweet clover would require 15 months to produce, the annual variety will supply in four or five months. In much less time it will offer a rapid, rank-growing pasture to cattle and other stock. In localities where the natural grasses do not thrive well and the farmer or stockman has been dependent on the biennial form, a crop of forage can be harvested now in a single season. Hubam clover can also be used to advantage as a green manure crop. No cultivated legume will add more nitrogen to the soil. It has been estimated that 6.4 tons of dry 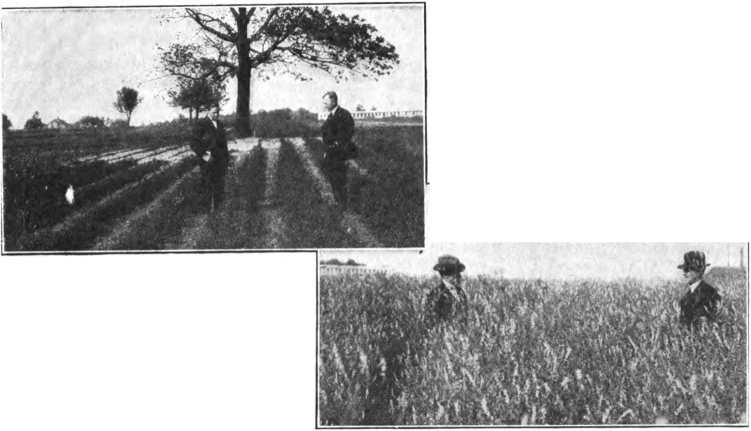 Fig. 113. — These Medina fields of biennial clover above, and of Hubam clover at the right, were both planted June 17, and photographed October 18. Note the difference in growth.

sweet clover will furnish as much humus-forming material and as much nitrogen as 25 tons of the average farm manure. If the annual sweet clover is seeded with small grain in the spring, as wheat, rye, barley, or oats, after the grain has been cut it will make a good growth in the fall and can be ploughed under, putting the land in fine condition for corn in the following spring. As a cover crop in orchards it can be used to better advantage than many of the legumes now used for this purpose. On the other hand, it has been claimed that if the land is to remain permanently in sweet clover the biennial variety has the advantage of blooming longer and yielding a better crop of hay. It is less difficult to get a stand of it. The annual must be planted as early as the first of April in order to mature the seed, and this is not always possible. The relative merits of each clover are not yet fully established.

Finally, annual sweet clover secretes nectar as fully and freely as do the biennial white and yellow sweet clovers. It blooms three months after seeding, and the blooming period lasts for five or more weeks. Plants from seed sown early in March at Bay City, Texas, were beginning to bloom the last of May, and by the 15th of June had reached an average height of 4 feet and were a solid mass of flowers. Honeybees worked on the bloom from sunrise until evening, but were most numerous and seemed to secure the most nectar after 10 o’clock in the morning. A beekeeper at Joliet, Illinois, extracted six times at all yards where Hubam clover was