buds, which arc ready to burst forth in early spring. But the root of the new clover was entirely different — there was no succulent tap-root or crown of buds formed for the renewal of growth the second season. The plant had made its full growth, bloomed, ripened its seed, and died — both stems and roots — clearly establishing the fact that this clover is an annual.

The annual sweet clover is believed to have originated on wild land in Alabama, and to be a sport or mutant of the biennial species. It probably did not first occur in a cultivated field, as in such a situation it would have been lost. It evidently grew on wild land for several years without anyone noticing that it was an annual. Recently it has been definitely established that it is still found on waste land in this state. Considerable sweet clover seed is harvested in certain sections of Alabama 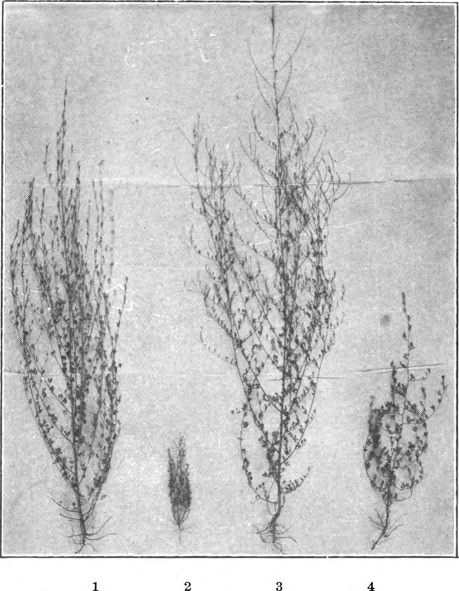 by negroes, who either strip the seed from the standing plants or cut them down and thresh the seed out by hand. Thus the seed of the two clovers might have become easily mixed. Its subsequent discovery in an Iowa greenhouse was a fortunate event, which bids fair to be of great benefit to both farmers and beekeepers. (Fig. 113.)

Favorable reports from nearly all parts of the United States show that annual sweet clover can be successfully grown over a very wide area, and under very varied climatic conditions. It has succeeded from Alberta, Canada, to Texas, and