“According to my experience of 41 years, most of the sage honey comes from the black and purple species, and only a small percentage from the white. All of the sage honeys darken with age, and become the color of molasses, although still remaining translucent. A bottle of sage honey 36 years old has lost its sage flavor, but has the flavor of a delicious syrup.

“Many thousands of acres of the sages are destroyed annually by stockmen, and in the near future good sage ranges will be at a premium. The great destruction of brush by fire is lessening our rainfall. The government should take steps to reforest the state promptly, as the good soil washes away during the heavy rains, leaving a soil so poor that it will not maintain a new growth.”

In Los Angeles County the white sage is most abundant, and the black sage the rarest. White sage is found on the mesas adjacent to the foothills, and as high as 2000 feet above sea level. The black and purple sages occur in the canyons and high hills up to an elevation of 4000 feet. The sages bloom in May, June, and July, and the duration of the honey flow depends upon rainfall and temperature. The 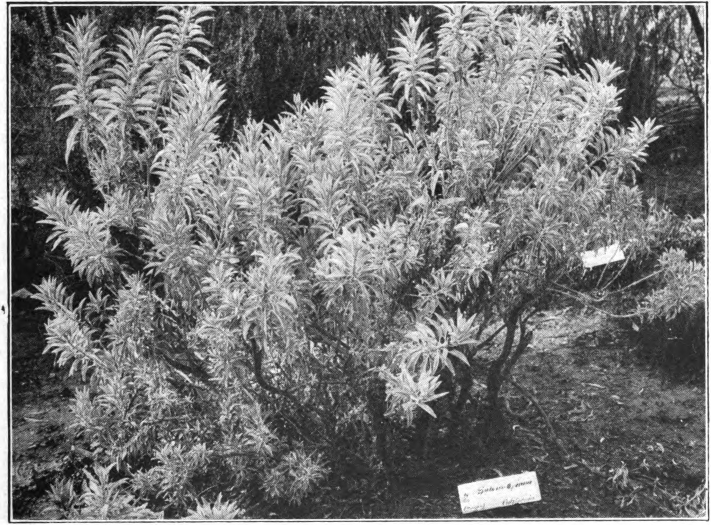 black and purple sages bloom at nearly the same time, but the white sage blooms several weeks later, and remains in bloom for a month or six weeks.

In San Diego County white sage is estimated to be three times as abundant as black sage. Purple sage is less common than northward. The black and white sages occur in San Bernardino County on the foothills in the southwest portion. The black sage is the better honey plant, blooming several weeks before the white.

In Riverside County, according to T. O. Andrews, the black sage, which is found on the foothills and mountain slopes up to 3500 feet, is most abundant and the best yielder of nectar. It often begins to bloom in February and in some seasons continues to bloom until July 20. The white sage grows on more level land and on better soil at the foot of the hills. It begins to bloom in May and may last