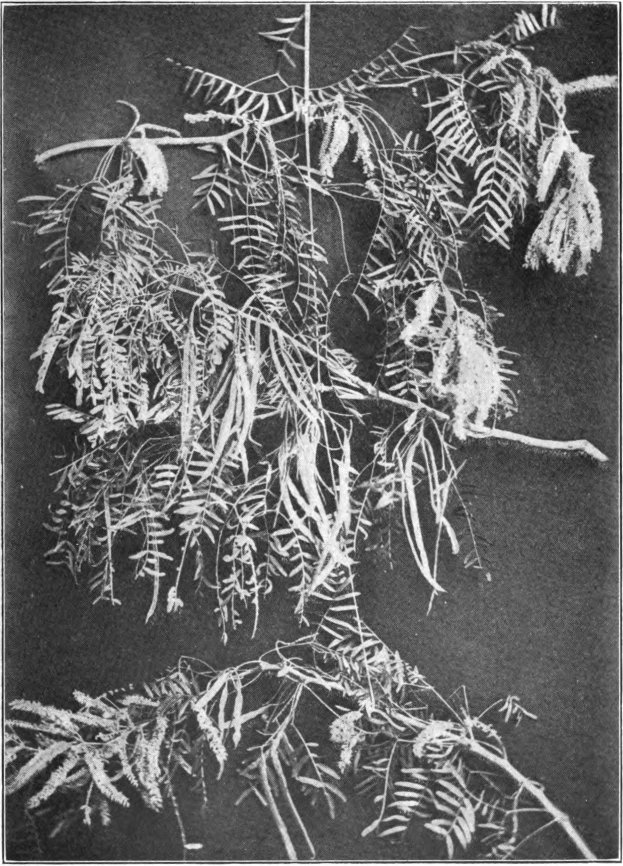 land were in grassland. At present a scattered growth of mesquite is found over the larger part of Texas except in the northwest corner of the Panhandle or Staked Plains and that portion of eastern Texas east of the lower Brazos River, the Navasota River, and a line extending northward to Hunt County, and thence running westward to Montague County. The heaviest growth of mesquite is in the twelve counties of Atascosa, Bexar, Dimmit, Frio, La Salle, Live Oak, McMullen, Medina, Nueces, San Patricio, Uvalde, and Zavalla, embracing an area of 14,915 square miles southwest of San Antonio. The annual rainfall averages between 20 and 30 inches. The greater portion of this area is covered with a shrublike growth of mesquite, which stools out at the ground into a number of slender, crooked stems. On the