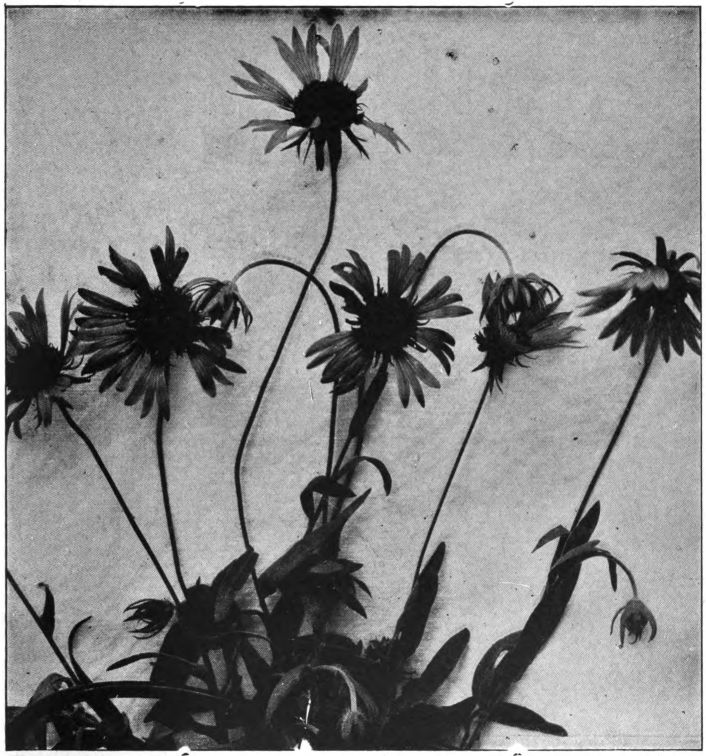 a. day when the flow was at its height. A large amount of pollen is also gathered from the flowers. Also called blanket flower. (Fig. 78.)

MARJORAM (Origanum vulgare). — A perennial herb, naturalized from Europe, and found in fields and waste land from Ontario to Pennsylvania. Leaves small, entire or crenate, with pink two-lipped flowers in dense terminal clusters. It is so abundant in Bennington County in southwest Vermont that a surplus of 50 pounds per hive has been obtained in August. The color is as light as that of clover honey, but has a pinkish tinge. It is locally called “horsemint.” Self-sterile in the absence of insects.

MATRIMONY VINE (Lycium vulgare). — A climbing woody vine, escaped from cultivation in the eastern and central states. The greenish purple, funnelform flowers are visited very diligently by bees throughout the entire day.

MAY-WEED (Anthemis Cotula). — Dog’s camomile, dillweed, dog-fennel. A smooth annual, very common by the roadsides and in waste places all over North