300,000 cucumbers have been produced on a single acre, but this is more than double the average crop.

The honey obtained from cucumber blossoms is pale yellow or amber, and has at first a rather strong flavor, suggestive of the fruit. In localities where there are pickle-factories beekeepers find the cucumber a valuable addition to the honey flora. Sufficient honey for wintering is often secured, besides a small surplus. In the absence of bees, cucumber blossoms, whether in the field or hothouse, remain barren. The stamens and pistils are in different flowers on the same vine, the staminate flowers being more abundant on the main stems, and the pistillate on the lateral branches. The former are sometimes incorrectly called “male” and the -latter “female” blossoms. The nectar is secreted at the bottom of a cup formed by the fusion of the floral leaves at base. In the staminate flowers this cup is covered by the fleshy expanded stamens, and access to the nectar is gained through three narrow lateral passages between the stamens. When an insect inserts its tongue in one of these passages both sides of its head are dusted with pollen. In the pistillate flowers, the pistil rises from the center of the cup. The staminate flowers are the larger and open first.

In order that the pistillate flower may be fruitful, pollen from the staminate flowers must be brought to the stigmas; and in the fields this work is chiefly performed by honeybees, other insects than bees being of little importance. A market-gardener in Manitoba states that during three years he was unable, without colonies of the domestic bee, to obtain more than a dozen cucumbers, and in the case of these exceptions the flowers were pollinated by hand. A colony of honeybees was bought, and subsequently the number of hives was increased to eleven, and that year cucumbers to the value of $55.00 were sold. “No bees, no fruit,” may be regarded as an axiom in cucumber-growing.

Cucumbers raised under glass must either be pollinated by hand or by hives of bees placed at each end of the hothouse. In Massachusetts cucumbers are grown very extensively in hothouses, and more than 2000 colonies of bees are required annually to pollinate the blossoms. A single grower is reported to have forty 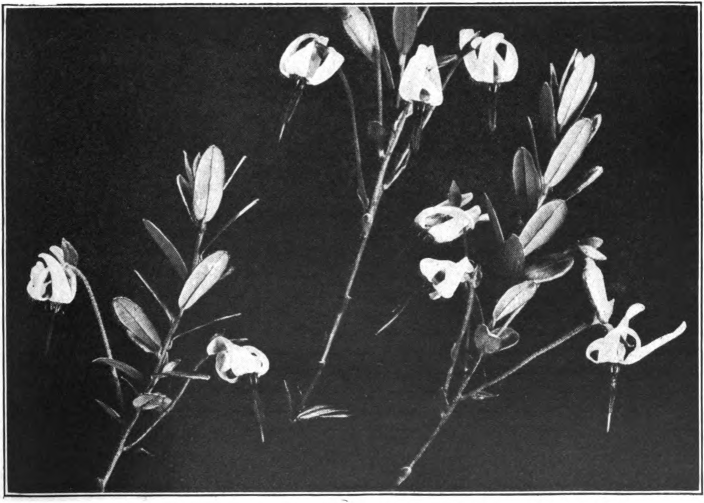