Michigan, it has been largely replaced by alsike clover. Northwestern Ohio and eastern Indiana are both good clover regions. Throughout Iowa white clover is reported to be the principal source of honey, and in many localities no other plant yields a surplus. In the eastern part of the state it is hardly reliable more than two years in three; but at Colo, the state center, there have been only four years in twenty-three in which it was a total failure. In no other part of Illinois does white clover succeed so well as in the northwest corner, especially in Stephenson County. Central Illinois is largely devoted to growing corn and oats.

Northern Missouri is also largely a grain-growing country, and, owing to dry weather, a crop from white clover is obtained only about once in four years. The larger part of the soil-forming rocks of the Ozark Plateau in southern Missouri are 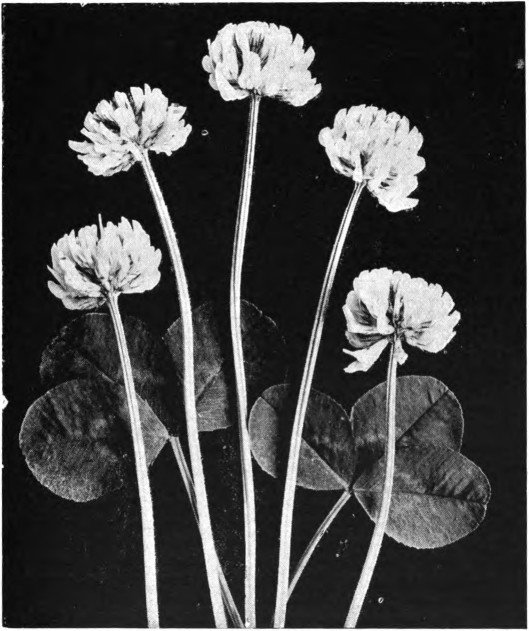 limestone; but as they are the oldest soils in the state, and the land is very hilly, much of the lime has been removed by leaching. White clover is in this section not of much value. In the famous blue-grass region of Kentucky, or the Lexington Plain, and the central valley of Tennessee, or the Nashville Basin, both limestone areas, the temperature is too high for nectar secretion by white clover to be dependable; but in the eastern valley of the Tennessee River, where the climate is colder, a bountiful crop may he obtained.

In the Atlantic and Gulf Coastal states white clover is of little importance. Throughout the Coastal Plain from New Jersey to Florida and Texas the pine barrens and swamps have acid soils, and the climate along the coast is subtropical. The leading forage crops are cowpeas and corn, and only a few thousand acres of