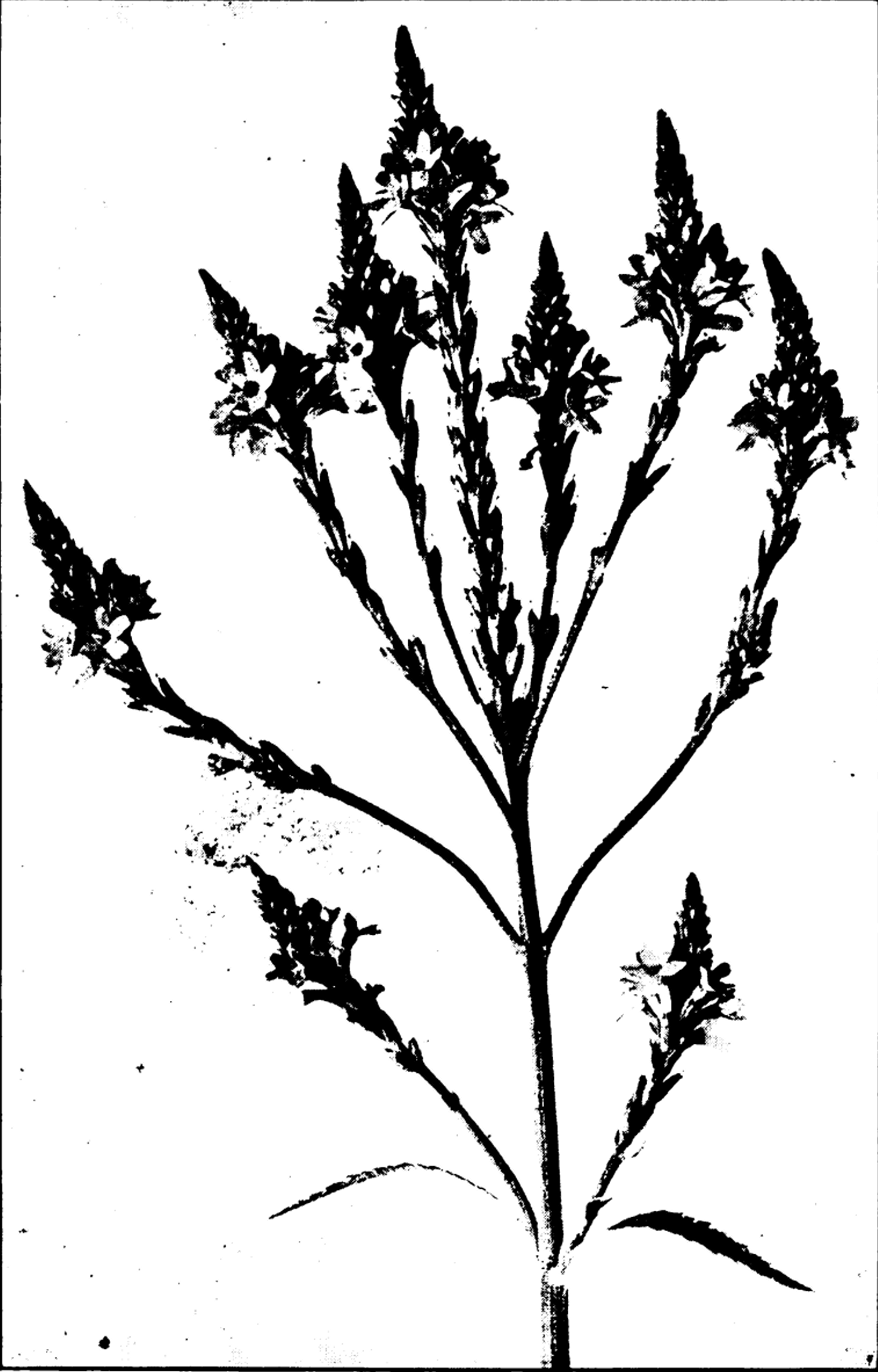 covered with dense, velvety hairs. It is cultivated from North Carolina south to Florida and Texas. Velvet bean requires a long growing season without frosts. Hardy varieties are sometimes grown as far north as Tennessee. The honey is yellow with a poor flavor and thin body. As much as a shallow super is sometimes stored in Georgia, but the honey is usually fed back for wintering.

VERVAIN (Verbena spp.). Herbs with 4-angled stems of various heights, the clusters of blue flowers with tubular corollas. They occur from southern Canada to Florida and Arizona. There are several species, some tall with flowers in long spikes, others dwarf with the flowers in flat clusters. Vervain produces a white honey with a slightly bluish tinge and a mild flavor. In Iowa as much as 2 or 3 shallow supers have been stored, and in Louisiana vervain is often an important honey plant.

VETCH, HAIRY (Vicia villosa), This legume with clusters of purple or violet-purple flowers is widely grown as a soil builder and cover crop. It produces large crops of water-white honey with a very mild flavor which is ideal for blending with stronger, darker honeys. McMaster in Oklahoma made 265 pounds per colony in 1948. Yields of 50 to 100 pounds are common in Texas, Arkansas and other southern states. Where vetches are being planted in large acreages they are becoming a leading honey plant.