AGARITA, WILD CURRANT (Berberis trifoliolata). This prickly shrub, 3 to 6 feet tall, with 3-lobed leaves blooms from January to April. In Texas it produces a shallow super of light amber honey with a fair flavor, but most of the honey is used for brood rearing. (See BARBERRY.)

AMSINCKIA, LEATHER BREECHES, FIREWEED, FIDDLENECK (Amsinckia Iycopsioides). Low herbs 1 to 2 feet tall with long spikes of yellow or orange flowers with wide open petals, the foliage rough with woolly hairs which irritate the skin. Amsinckia blooms from March to May in California and southern Oregon. The honey is light-amber but is not usually obtained in surplus amounts.

ANTELOPE-BRUSH (Purshia tridentada). Low shrubs 1 to 6 feet tall with three-lobed, wedge-shaped leaves and solitary yellow flowers with numerous stamens. Antelope-brush grows from British Columbia south to New Mexico and central California on dry slopes, where it blooms in May and June. According to Scullen and Vansell it produces an amber honey with a strong flavor in eastern Oregon. It is also valuable for pollen.

BARBERRY (Berberis vulgaris). Thorny shrubs up to 10 feet with clusters of yellow flowers and scarlet berries, introduced from Europe and escaped in the northeast. When a bee lands on the flower the stamens which are held under tension rise up and rub pollen on the visitor. Barberry is not common enough for a surplus, although bees work the flowers for nectar. (See also AGARITA.)

BASSWOOD, LINDEN, LINN, LIME TREE Tilia americana). This well-known tree is widely distributed from southern Canada to Alabama and Texas. The clusters of cream-colored flowers are attached to a leafy bract and the nectar collects in the sepals. The honey is water-white with a good but slightly strong flavor when pure, but when blended with the clovers it produces an excellent table honey. Yields as high as 200 pounds were formerly obtained, but most large stands of basswood have been cut for the fine, light wood. Basswood blooms in late June and July when colonies are best able to store a quick surplus. This tree should be more widely planted for shade. Lime trees are leading honey plants in England.

BITTERWEED, SNEEZEWEED (Helenium tenuifolium). This yellow composite with slender, needle-like leaves blooms in late summer and fall and is especially abundant on waste land in the southern states where the numerous yellow heads cover old fields and pastures. The canary-yellow honey is very bitter and quite inedible. However, package bee producers in the Gulf States report that bitterweed produces a much needed fall surplus for wintering and spring brood rearing and that the honey is fine for brood rearing. 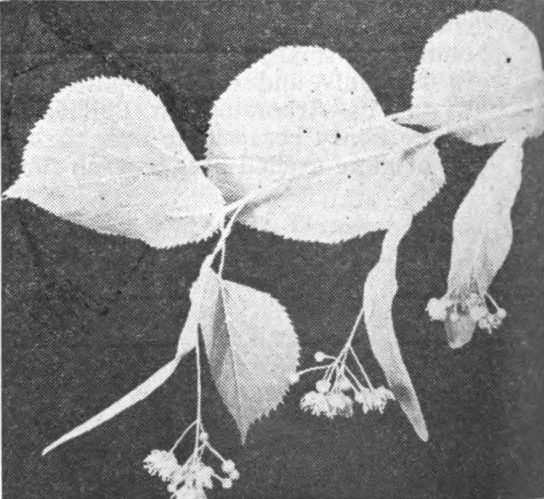