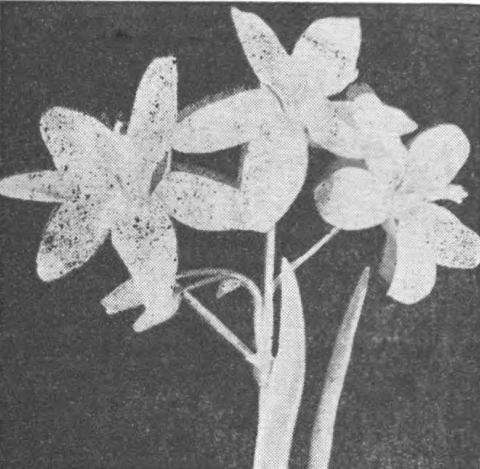 SOYBEANS (Glycine Max). Widely planted as a forage crop and for food and oil. The honey is light amber with a medium body and a distinctive flavor generally described as good. Honey is only occasionally obtained from soybeans. In Arkansas there was an excellent crop in 1951 according to J. H. Davis. Only certain varieties appear to yield nectar and these only when they are planted in rows, leaving some space between.

SPRING BEAUTY (Claytonia virginica). A tiny, perennial herb with long slender leaves and white flowers with pink nectar guides. The flowers close at night. Spring Beauty is common in most of the eastern states. In early spring it is freely visited by bees for both pollen and nectar and helps in early brood rearing. A related species of spring beauty (C. Simsii) is useful in Texas according to A. H. Alex.

STRAWBERRY (F r a g a r i a spp.). Both wild and cultivated strawberries are occasionally valuable. Some varieties of cultivated strawberries have female (pistillate) plants devoid of pollen and these must be cross-pollinated by insects or there is no crop. No surplus of honey has been reported although the strawberry is considered a minor honey plant in many eastern states.

SUMAC (Rhus spp.). Straggly shrubs up to 20 feet, with pinnately compound leaves and white or greenish-yellow flowers in great pyramidal clusters, the male and female flowers on different bushes. Sumac produces a light-amber honey of good body and excellent flavor. M. P. Traphagen, Hunter, N. Y., reports an average surplus of 60 pounds from sumac in a good year. Allen Latham of Connecticut writes, “I could ask for no better honey than sumac.” Sumac blooms in late spring.

SUMMER FAREWELL (Petalostemum corymbosum or Kuhnistera pinnata). Perennial herbs 1 to 2 feet tall with 3 to 7 leaflets and clusters of white flowers growing in dense stands from North Carolina to Florida and Mississippi, chiefly on the coastal plain. Summer farewell produces a white honey with a good body and flavor from September to frosts. The late J. J. Wilder obtained surpluses up to 150 pounds, but usually the honey is used for wintering. Summer farewell blooms in late fall until the first frost.

SWEET CLOVER, WHITE (Melilotus alba). Also called MELILOT. The white flowered species blooms from 10 days to 2 week after the yellow. It produces a white or water-white honey with a heavy body and a mild flavor. The sweet clovers are the 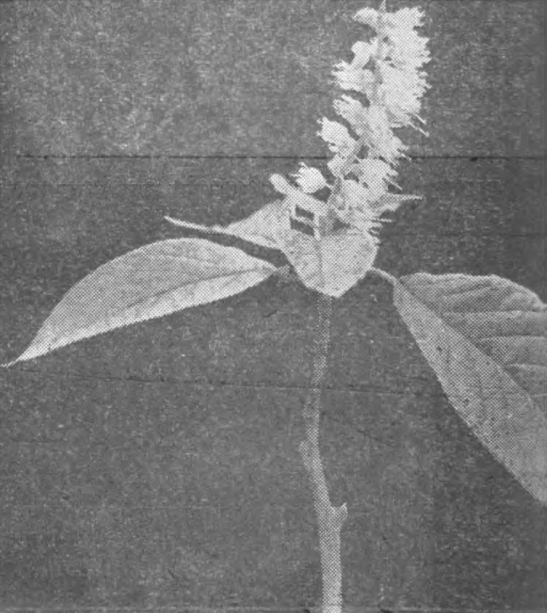