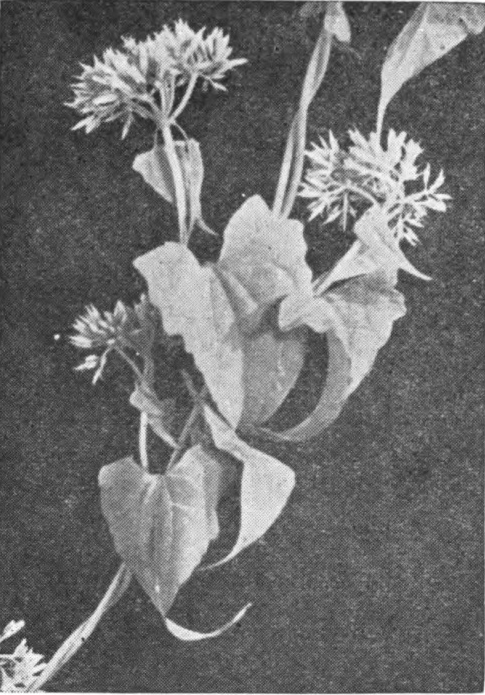 numerous small heads each with four small, tubular, white flowers (sometimes pink). It ranges from southern Maine and Ontario to Florida and Texas in swamps, banks of streams and other wet places. It blooms from July to late October. It is particularly abundant along the Gulf Coast where it forms such dense growth in trees around ponds that hunters call it “duck blind.”

SOAPBERRY, WILD CHINA (Sapindus Drummondi). Trees up to 30 feet tall with rough bark and 12 to 16 pinnate leaflets, small, white flowers in terminal clusters 10 inches long, and brown berries. Soapberry grows from Florida to Arizona north to Kansas in limestone areas. The Hatch Brothers showed me this tree blooming in west Texas where they consider it a fair honey plant. They described the quality of the honey as fair, but agreed that it is usually mixed with that of other species.

SOURWOOD, SORREL TREE (Oxydendrum arboreum). Trees up to 50 feet with many one-sided racemes of white, bell-shaped flowers hanging from the ends of the branches. The long, slender leaves have a sour taste and turn scarlet in autumn. The fruits hang on all winter making it possible to locate stands of this tree at that season. Sourwood is common in the southern Alleghenies from southern Pennsylvania south to northern Florida in hilly country and mountain slopes, blooming in June and July. The honey is nearly water-white and the combs white and so delicate that extraction is difficult. The flavor is delicate with just a touch of sour cutting the sweet taste. Almost all epicures agree that this is the best flavored honey in eastern United States. The honey brings premium prices but rarely reaches the general market since it is all sold in the mountains. Surpluses of 50 to 75 pounds are common. 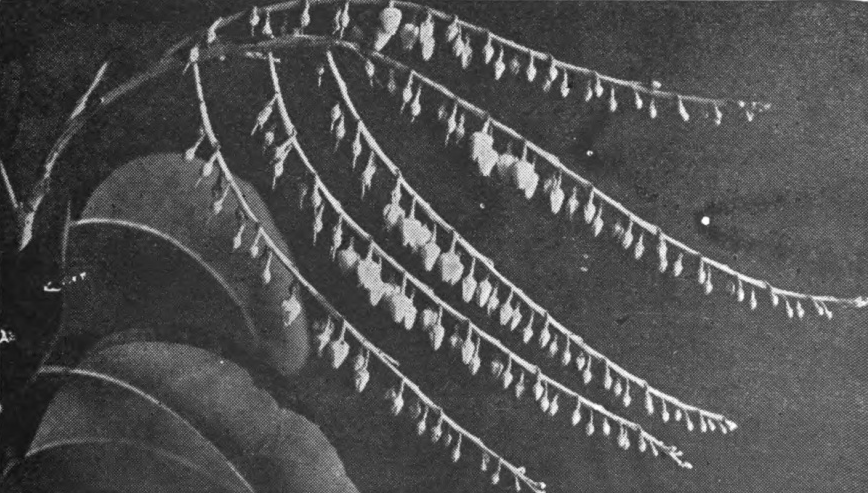