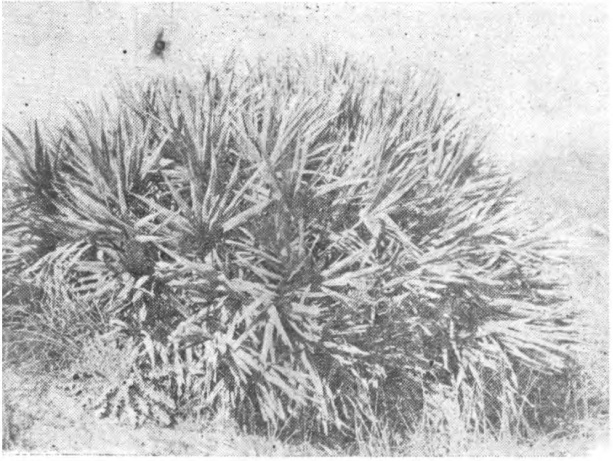 beyond its range. Cabbage palm blooms in the summer chiefly in July. It produces a light-yellowish, amber honey with a thin body and only fair flavor which may ferment in the hive. Average surpluses range from 20 to 30 pounds with strong hives sometimes storing 100 pounds. Jay Smith reported surpluses up to 40 pounds at Fort Myers. Numerous other species of palm trees yield some nectar in southern Florida.

PALMETTO, SAW (Serenoa repens). The fan-shaped leaves have sawtoothed petioles and arise from an underground stem to form a dense mass of foliage. The flower clusters consist of hundreds of small white flowers which open in May and June. Saw palmetto is found from North Carolina to Florida and west along the Gulf Coast to Texas. It is the leading source of palm honey which is a rich yellow color with a mild, pleasant flavor. Many Florida beekeepers consider this the best honey in the state. Surpluses of 50 to 100 pounds are common.

PERILLA, BEEF-STEAK PLANT (Perilla frutescens). A strong-scented mint with long spikes of tiny, white flowers introduced from eastern Asia, now widely established in waste places. It blooms in the fall and is heavily worked by bees and is becoming increasingly important in many eastern states. According to S. W. Edwards it covers miles of waste land in Middletown Valley in Maryland where it is a valued addition to the honey flora.

PERSIMMON (Diospyros virginiana). A medium-sized tree with bellshaped flowers, white with a pale yellow tinge, blooming in May and June. It springs up in old pastures and waste land and is most productive in a belt starting in the Carolinas and Virginia west through Kentucky, Missouri, and Arkansas. Surpluses of 30 to 40 pounds are frequently reported of light-amber honey with a fair flavor.

PRIVET (Ligustrum spp.). A shrub with pyramidal clusters of white flowers much planted for hedges. Franklin B. Wells in New Jersey reported a surplus of 75 pounds in June, 1943. In eastern Texas, L. A. M. Barnette stored as much as 2 ½ supers of privet honey which he describes as dark and rather strong with a slightly bitter after-taste. It is an important honey plant in England.

RASPBERRY Rubus spp.). Prickly canes with 3 to 5 leaflets, white flowers nodding in small clusters and red berries. Raspberries bloom in June or July and spring up in slash areas in northern forests, where they are prominent honey plants, yielding surpluses of 50 to 100 pounds of white honey with a delicious flavor. Raspberry is a leading honey plant in parts of Maine, New Hampshire, Vermont, Washington, etc. Cultivated raspberries 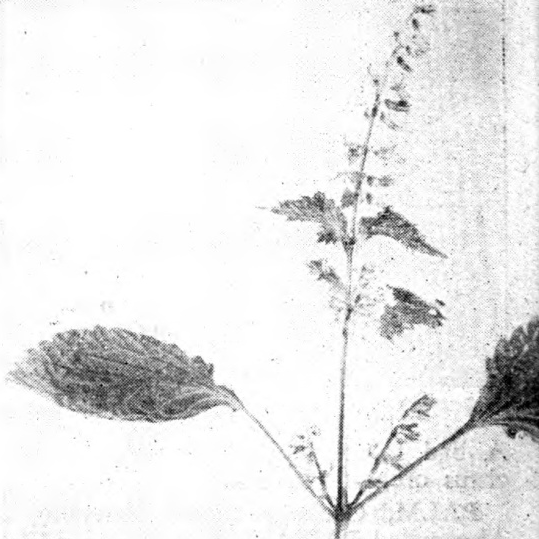