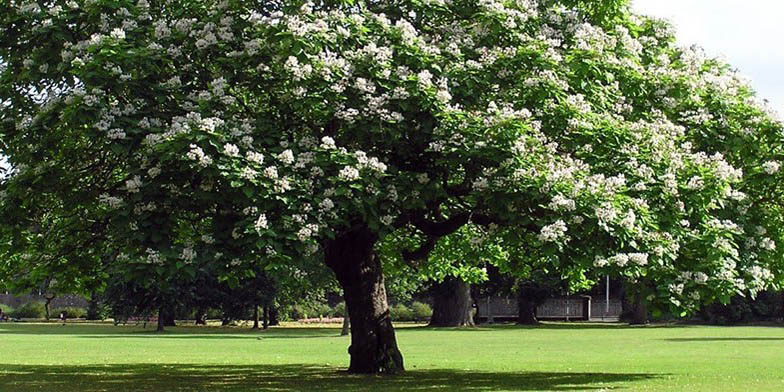 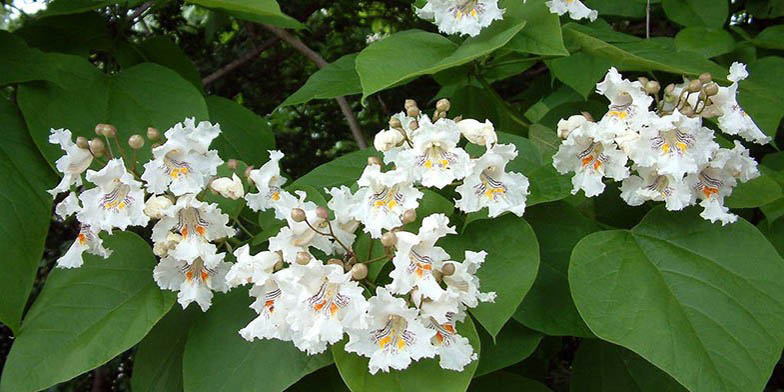 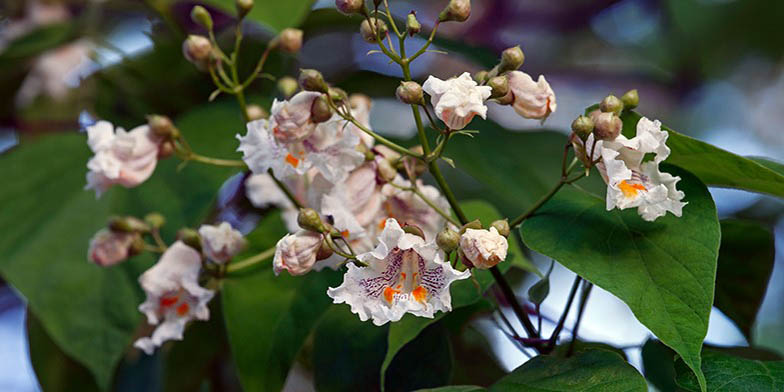 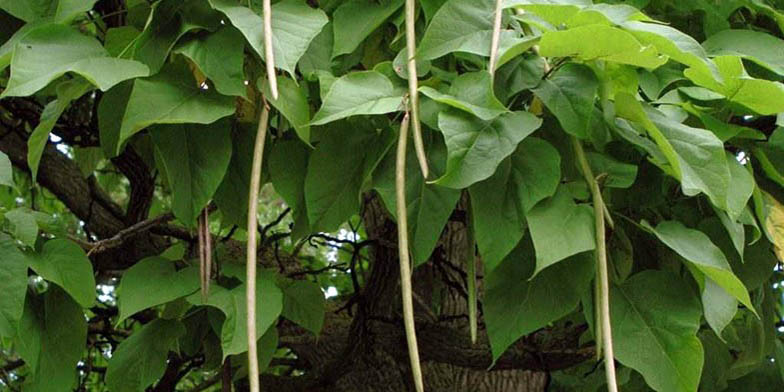 SOURCE FOR HONEY BEES:
Minor in most areas

Catalpa speciosa is a species of Catalpa native to the midwestern United States. Catalpa speciosa was originally thought to be native only to a small area of the midwestern United States near the confluence of the Mississippi and Ohio Rivers. Today, its range has widely expanded east of the Rocky Mountains outside of its restricted pre-settlement location, further obscuring the true native range.

It is a medium-sized, deciduous tree growing to 15–30 meters tall and 12 meters wide. It has a trunk up to 1 m diameter, with brown to gray bark maturing into hard plates or ridges.

The leaves are deciduous, opposite (or whorled), large, heart-shaped, 20–30 cm long and 15–20 cm broad, pointed at the tip and softly hairy beneath. The leaves generally do not color in autumn before falling, instead, they either fall abruptly after the first hard freeze or turn a slightly yellow-brown before dropping off. The catalpa tree is the last tree to grow leaves in the spring. The winter twigs of northern catalpa are like those of few other trees, having sunken leaf scars that resemble suction cups. Their whorled arrangement (three scars per node) around the twigs is another diagnostic.

The flowers are 3–6 cm across, trumpet-shaped, white with yellow stripes and purple spots inside; they grow in panicles of 10-30.

The fruit is a long, thin legume-like pod, 20–40 cm long and 10–12 mm diameter; it often stays attached to a tree during winter (and can be mistaken for brown icicles). The pod contains numerous flat, light brown seeds with two papery wings.

The blooming period occurs from late spring to early summer, lasting about 2 weeks. Individual flowers remain in bloom for only a short time; they have a pleasant fragrance.

Afterward, fertile flowers are replaced by narrowly cylindrical seedpods that are 10-18" in length and about ½" across; they are either straight or slightly curved and droop downward from short stalks. Immature seed pods are green, while mature seedpods are dark brown.