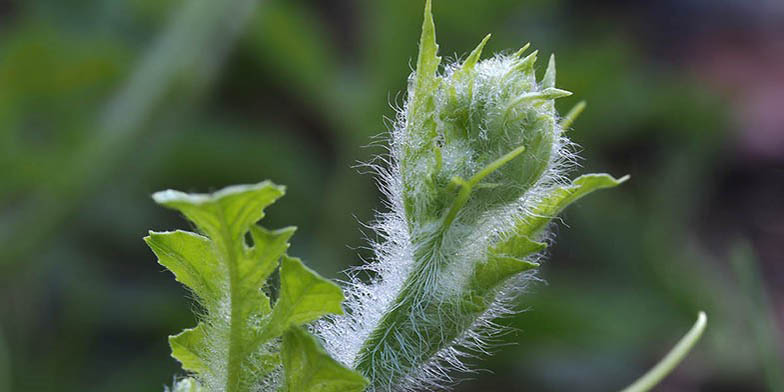 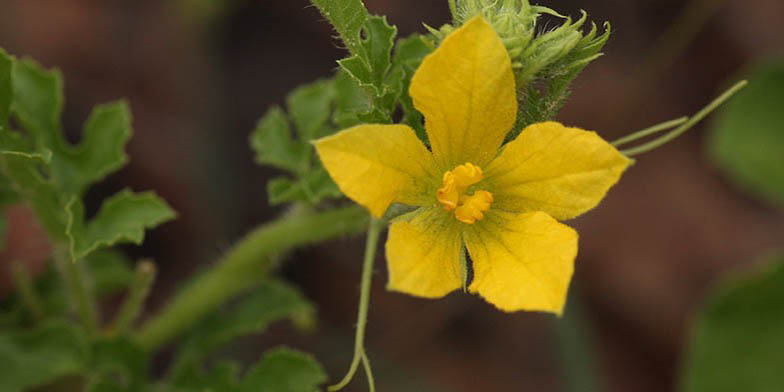 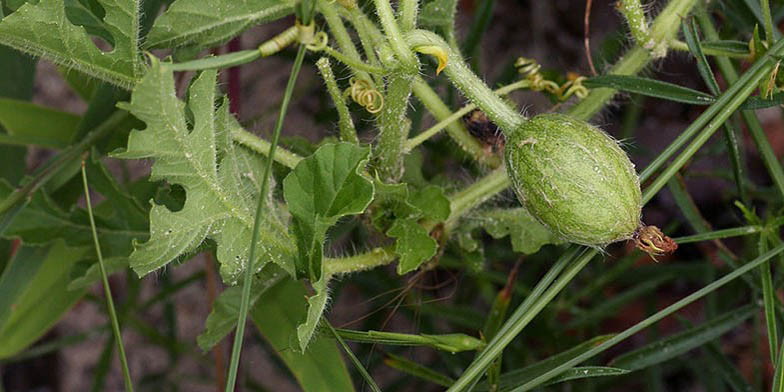 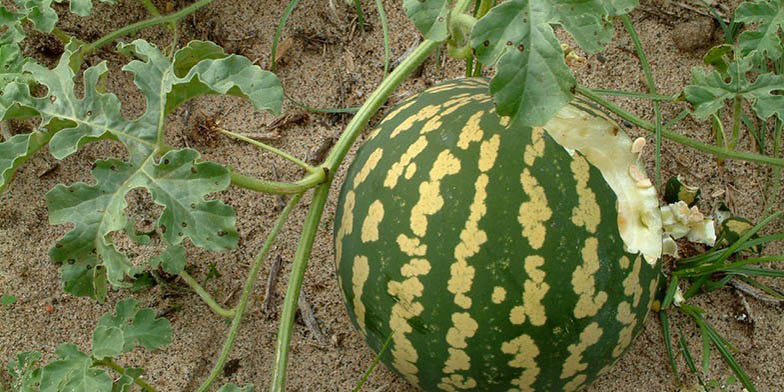 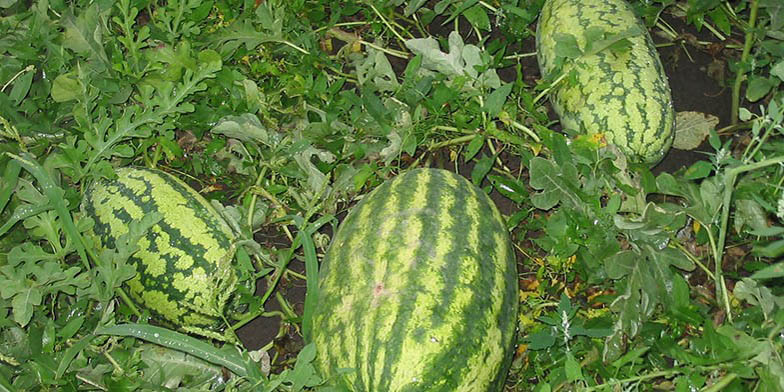 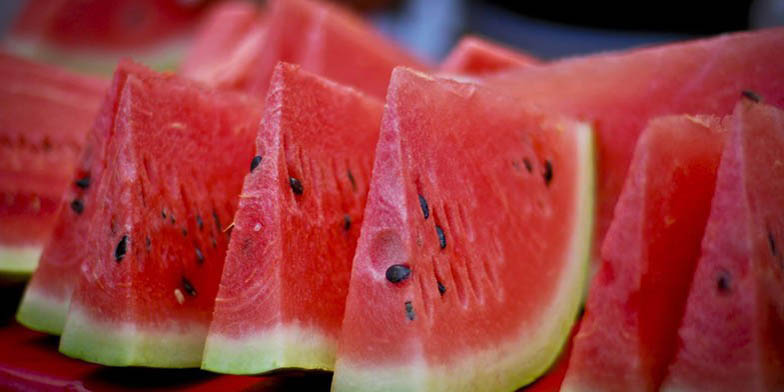 The watermelon originated in southern Africa. Today it is grown in Italy, India, Southern Asia, Europe, North, and South America.

Watermelon is grown in tropical and subtropical areas worldwide for its large edible fruit, also known as a watermelon, which is a special kind of berry with a hard rind and no internal division, botanically called a pepo. The sweet, juicy flesh is usually deep red to pink, with many black seeds, although seedless varieties have been cultivated. The fruit can be eaten raw or pickled and the rind is edible after cooking.

Considerable breeding effort has been put into disease-resistant varieties. Many cultivars are available that produce mature fruit within 100 days of planting the crop.

The watermelon is a large annual plant with long, weak, trailing or climbing stems which are five-angled (five-sided) and up to 3 m (10 ft) long. Young growth is densely woolly with yellowish-brown hairs which disappear as the plant ages.

The leaves are large, coarse, hairy pinnately-lobed and alternate; they get stiff and rough when old. The plant has branching tendrils. The white to yellow flowers grow singly in the leaf axils and the corolla is white or yellow inside and greenish-yellow on the outside.

The flowers are unisexual, with male and female flowers occurring on the same plant (monoecious). The male flowers predominate at the beginning of the season; the female flowers, which develop later, have inferior ovaries. The styles are united into a single column.

The large fruit is a kind of modified berry called a pepo with a thick rind (exocarp) and fleshy center (mesocarp and endocarp).[10] Wild plants have fruits up to 20 cm (8 in) in diameter, while cultivated varieties may exceed 60 cm (24 in). The rind of the fruit is mid- to dark green and usually mottled or striped, and the flesh, containing numerous pips spread throughout the inside, can be red or pink (most commonly), orange, yellow, green or white.

The US Department of Agriculture recommends using at least one beehive per acre (4,000 m2 per hive) for pollination of conventional, seeded varieties for commercial plantings. Seedless hybrids have sterile pollen. This requires planting pollinizer rows of varieties with viable pollen. Since the supply of viable pollen is reduced and pollination is much more critical in producing the seedless variety, the recommended number of hives per acre (pollinator density) increases to three hives per acre (1,300 m2 per hive).

Watermelons have a longer growing period than other melons, and can often take 85 days or more from the time of transplanting for the fruit to mature.