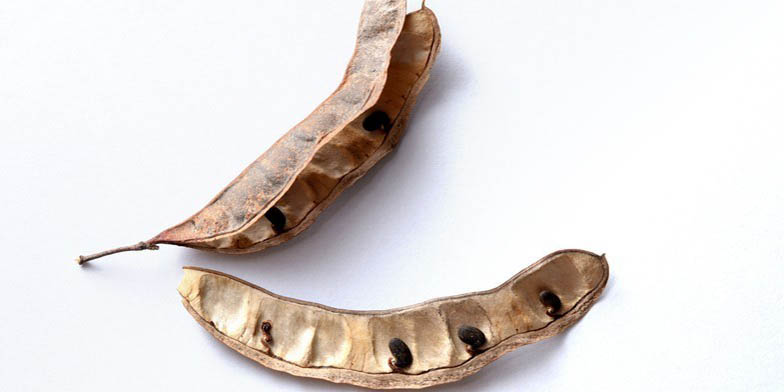 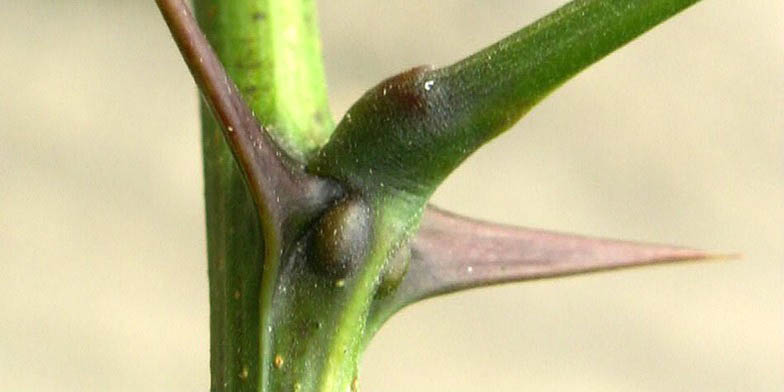 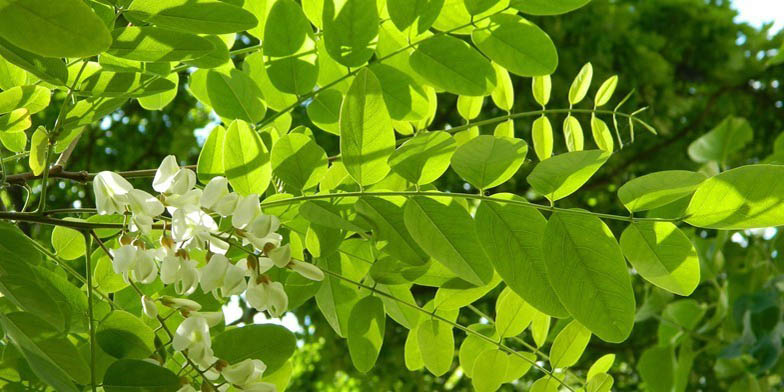 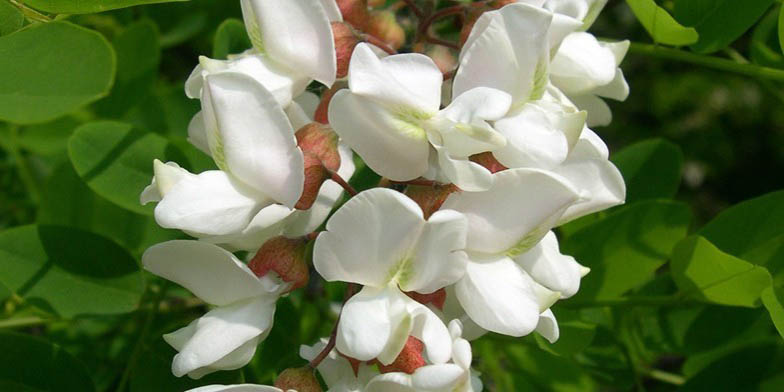 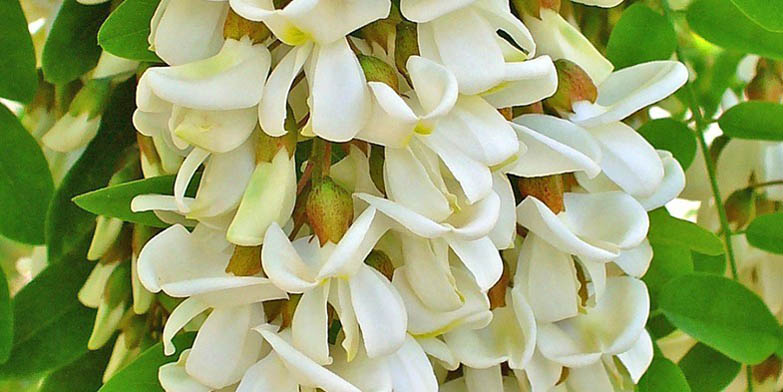 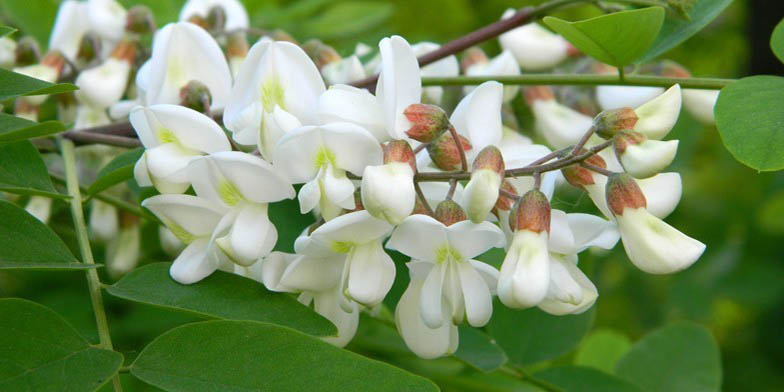 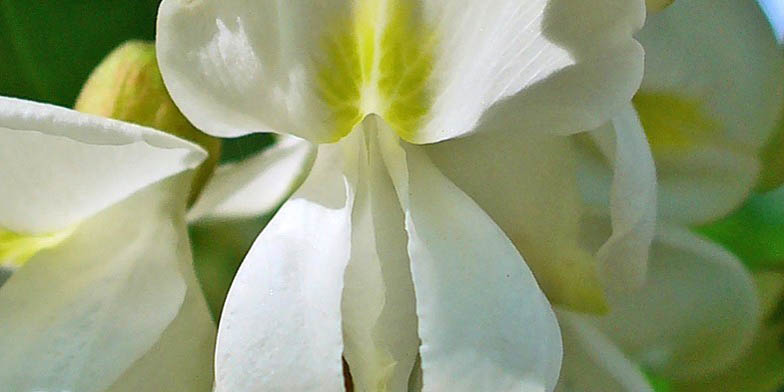 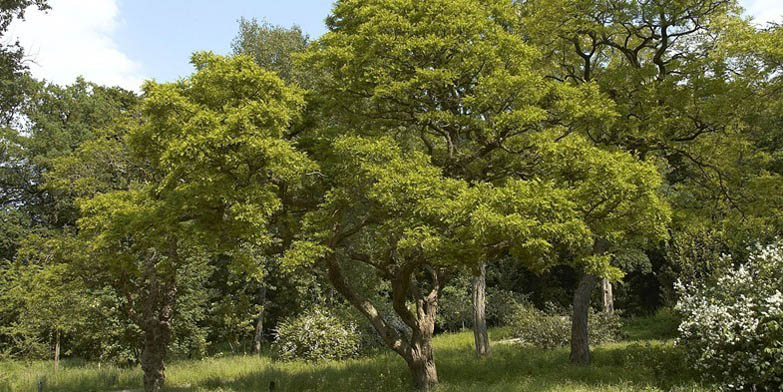 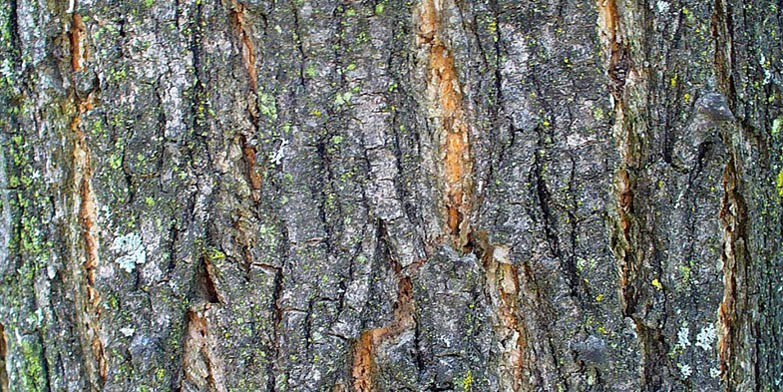 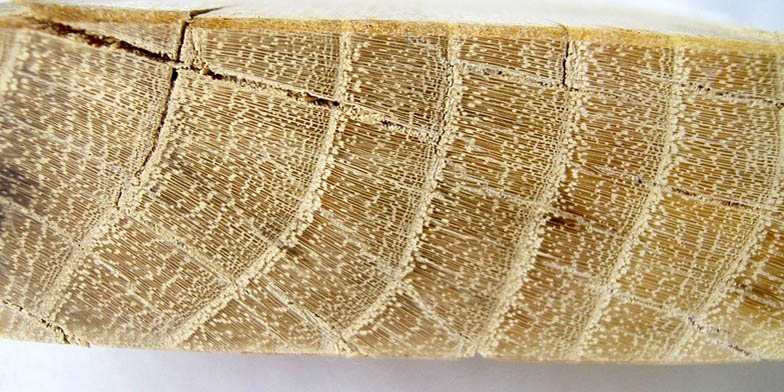 Black locust is native to the United States, though the extent of its original range is not accurately known. It is thought that black locust was originally found in 2 regions. The eastern region was centered in the Appalachian Mountains and ranged from central Pennsylvania and southern Ohio south to northeastern Alabama, northern Georgia, and northwestern South Carolina. The western region included the Ozark Plateau of southern Missouri, northern Arkansas, and northeastern Oklahoma and the Ouachita Mountains of central Arkansas and southeastern Oklahoma. It is thought that outlying native populations existed in southern Indiana and Illinois, Kentucky, Alabama, and Georgia. Black locust has been widely planted and frequently escapes cultivation. As of 2009, it occurred throughout the conterminous United States and a number of Canadian provinces. Black locust also occurs in parts of South America, Europe, Asia, Africa, and Australia.

Black locust matures to a medium-sized tree, generally 40 to 60 feet (12-18 m) in height and 12 to 30 inches (30-76 cm) in diameter. Within its native range, black locust averaged 4 stems/"rootstalk". Frequent frosts may result in crooked growth.

Young black locust bark is smooth and brown. Young trees are thorny. As trees age, the bark becomes thick, deeply furrowed, scaly, and dark brown. Black locust leaves are deciduous, alternate, and pinnately compound, with 7 to 19 leaflets on a central stalk that is 8 to 12 inches (20-30 cm) long. Leaflets are 30 to 50 mm long. Black locust flowers are about 1 inch (2.5 cm) wide, very fragrant, and produce large amounts of nectar. They are showy, white, and fragrant, in drooping clusters about 6 inches (14 cm) long. Clusters arise from leaf axils near the tip of new shoots. Black locust fruits are flat legumes 3 to 4 inches (7-10 cm) long. Seeds are dark, bean-like, 3 to 5 mm long, and have a hard, impermeable coat. Each legume contains approximately 4 to 8 seeds.