CAT'S-EAR (Hypochaeris radicata). — A perennial herb bearing one or several heads of yellow flowers. The toothed, hairy leaves, which resemble the leaves of the common dandelion, are clustered at the base of the naked stems. A weed, naturalized from Europe, and common in California from Marin County to Humboldt County, also abundant east of the Cascade Mountains in Oregon and Washington. It yields an amber-colored honey, which darkens the white honey from fireweed (Epilobium angustifolium). Also called California dandelion and gosinore. It blooms from June to August. 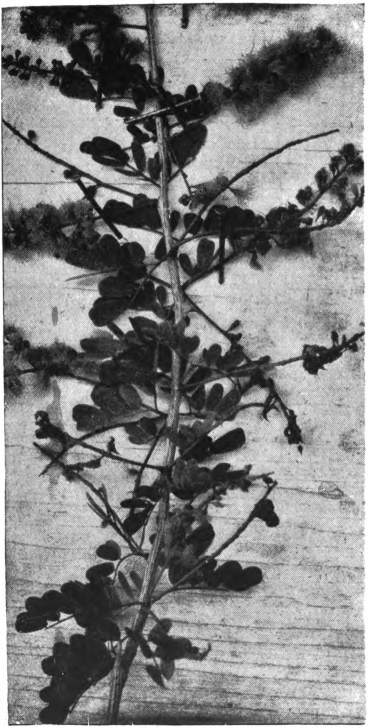 CEANOTHUS. — While no surplus has ever been reported from Ceanothus, the species are so many, so common, so widely distributed, and furnish so much nectar and pollen that they are undoubtedly of great benefit to the apiarist. Early-blooming forms greatly stimulate brood-rearing. There are some 35 species of this genus, all natives of North America. They are more common in the West than in the East; but New Jersey tea (C. americanus) is found in open woodlands throughout the eastern United States. It produces a great abundance of small white flowers in clusters, which are very sweet-scented. More species of insects (382) have been collected on them than on the inflorescence of any other American plant. In