in form, without leaves, but producing usually large brilliantly colored flowers. They may be divided into two groups according to the forms of the flowers -— one with long floral tubes, and the other with short floral tubes. The long tubular flowers are adapted to birds, but they secrete nectar so copiously that it falls in drops to the ground from the pendulous blossoms. Well-known forms are the Turk’s cap, the hedgehog cactus, and the torch thistles which belong to the genus Cereus. The flowers are red, white, yellow, and purple in color.

The prickly-pear cactuses, or opuntias, are the most important to bee culture. There are between fifty and sixty species in the southwestern states. The flowers are wheel-shaped, without a floral tube, and are usually yellow, or yellow inside and red outside. Throughout southern and western Texas the prickly pear (Opuntia Engelmanii) is common, and yields both nectar and pollen, but it is chiefly important for pollen. The prickly pear in Texas yields great quantities of honey, according to E. G. LeStourgeon, only under certain conditions. About one year in four a surplus is obtained from this source. Extremely hot and humid weather is required during the blooming period. The honey is very heavy, and is almost viscous in consistency, having a ropy appearance as it is extracted. The color is light amber, and the flavor very good. The prickly-pear bloom is a great source of pollen, and one of the most dependable of Texas plants for this purpose.

CAMPANILLA (Ipomoea sidaefolia). — White campanilla is an important honey plant in Cuba. It is a perennial vine, growing over shrubs and trees or along fences and stone walls. The white bell-shaped flowers open about Christmas time, and at this season of the year it is a common sight to see almost every tree, shrub, 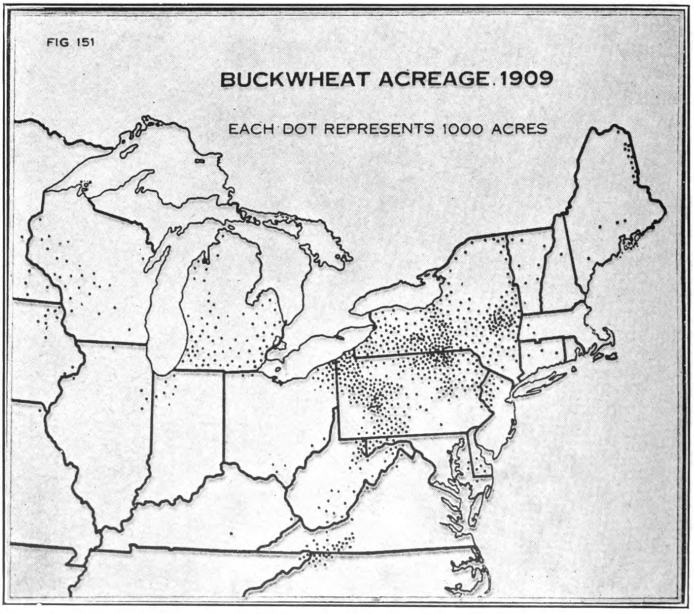 Fig. 33. — Acreage of buckwheat in the United States; production centers chiefly in New York and Pennsylvania - (After Baker.)