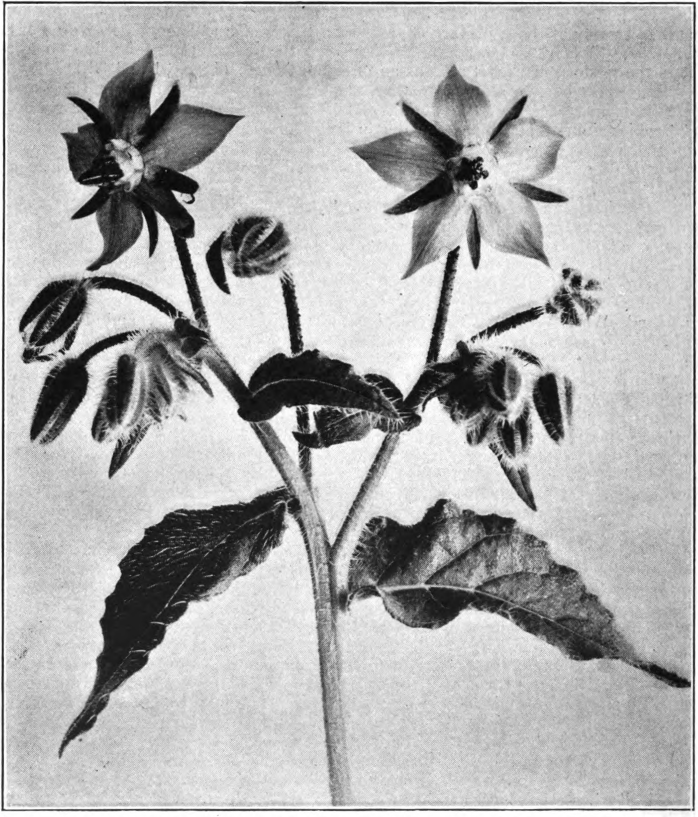 of flowers — one with long stamens and short styles, and the other with short stamens and long styles — an arrangement for promoting cross-pollination. The flowers, according to Darwin, possess the power of self-fertilization; hut when covered with nets they were, early in the season, almost wholly self-sterile, and produced hardly any seed. Flowers cross-pollinated artificially at the same time produced seed in abundance. Later in the season, in September, both forms of flowers became highly self-fertile. They did not, however, produce as many seeds as some neighboring uncovered plants which were visited by insects. Thus the crop of seed is largely dependent on honeybees, which are estimated to make 90 per cent, of the visits of insects to the flowers.

BUR CLOVER (Medicago hispida). — Occasionally yields a surplus, but of more value in stimulating early brood-rearing, as it begins blooming in March. In moist places it blossoms throughout the summer. The spirally twisted pods are