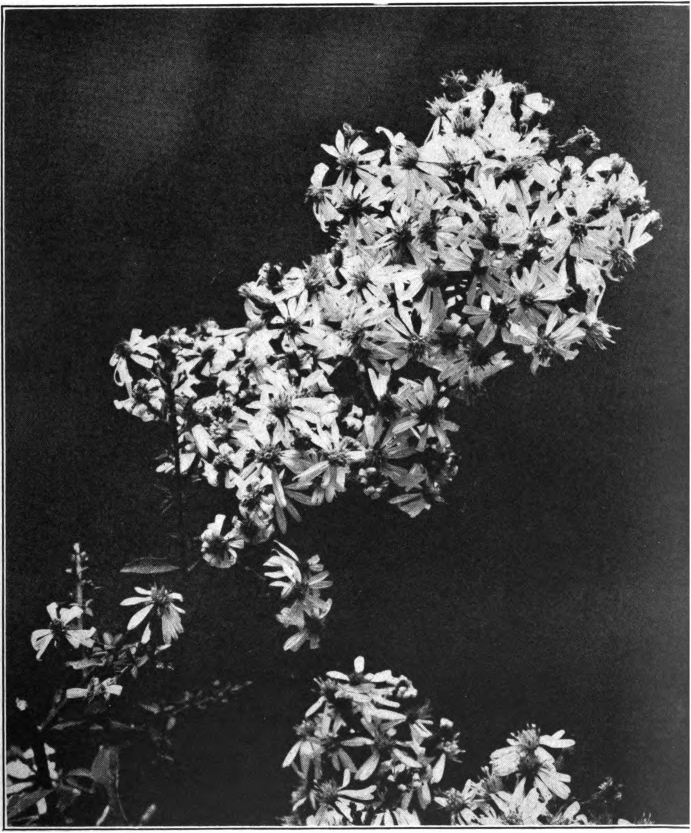 properties which were actually injurious to bees, they would appear uniformly wherever it is largely stored, but this is not the case. The experience of scores of beekeepers, continued through many years, proves that aster honey well ripened and sealed is not a bad winter food for bees. The asters are bland, innocuous herb which are readily eaten by domestic animals, either dried as hay or green in the pastures. Many beekeepers have testified that they have wintered bees successful], year after year on aster honey with very little loss. It has been suggested that perhaps different species of aster yield different kinds of honey, but there is no ground for such a supposition; on the contrary, the nectar of the various species, as in the case of the goldenrods, is very similar.

In Georgia several species of aster (the most common are A. adnatus and A. squarrosus) grow all over the state, and in many places are the main reliance for winter stores. In a few localities a surplus is obtained. The honey is medium in