Peninsula is about 30 inches. Long periods of dry weather injurious to vegetation seldom occur. Sunshine prevails during about one-half the number of hours possible, and the percentage is much higher in the summer months than in those of winter. During the greater part of the year the winds are westerly.

The climate of Michigan, of which a brief outline has been given, is very favorable to agricultural pursuits. Due to its northern latitude, it enjoys a longer period of daylight than such states as Indiana, Kentucky, and others farther south, which, in the opinion of B. F. Kindig, is of some consequence when we consider 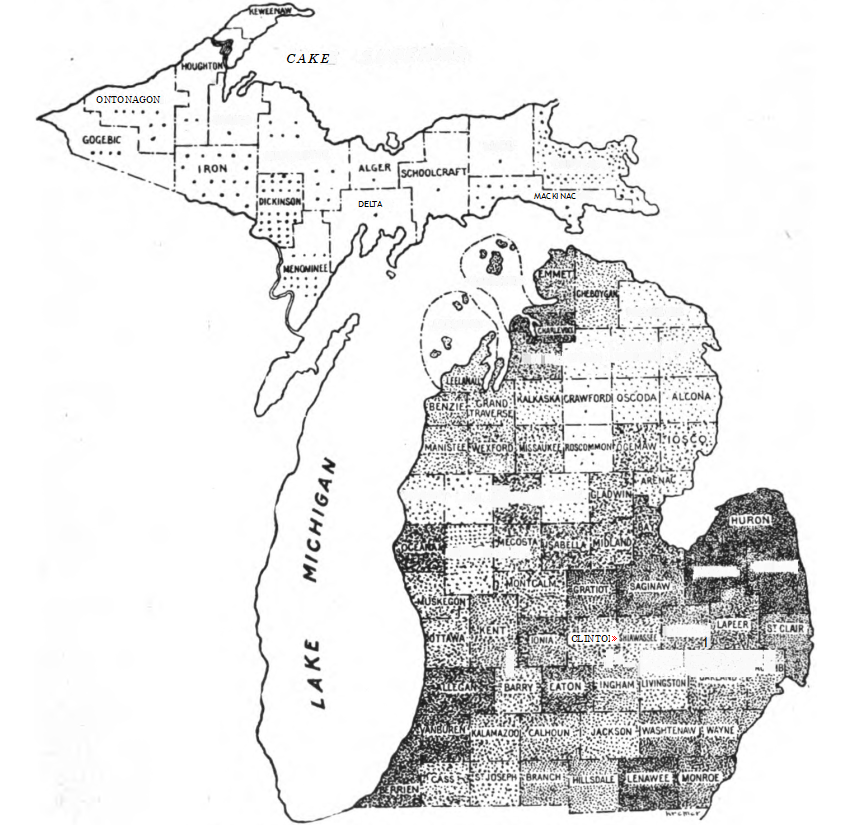 that this extra daylight is longest during the months of June and July. The state is noted for its enormous annual production and the great variety of its crops. The “Fruit Belt” along Lake Michigan is especially well adapted, as to climate, for growing fruit, on account of cool springs which retard the opening of the flower buds, the moderate summers with much sunshine, late falls free from frosts, and mild winters with much snow. The equable climate also gives a great variety to the flora. More than 1600 species of flowering plants have been listed, of which 165 are trees and shrubs.