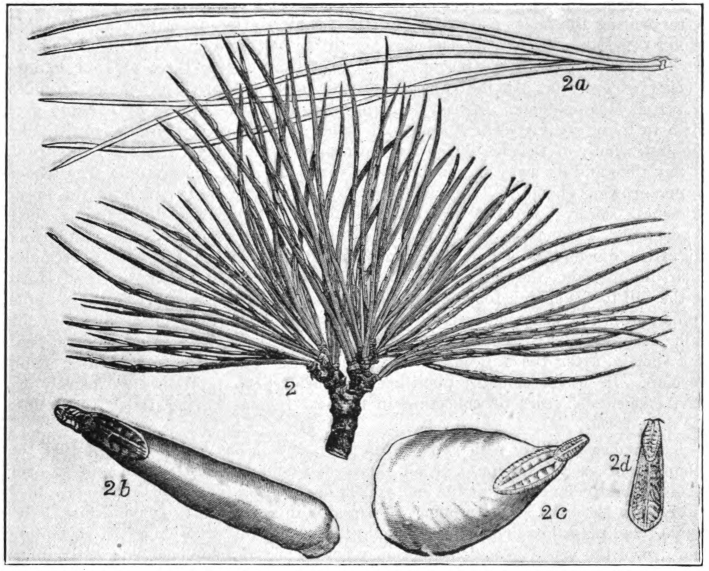 uous-leaved trees and shrubs on which honey-dew is very frequently found are oak, beech, poplar, ash, hickory, chestnut, maple, willow, basswood, gum trees, fruit trees, grapevine, currant, blackberry, and hazel. A surplus of honey-dew honey is occasionally stored from corn, which at times is attacked by overwhelming numbers of the corn-leaf aphis (Aphis maidis). This aphis is found in all parts of the United States where corn is grown, and covers the leaves and silk with honey-dew, which attracts bees, ants, and flies. A small leaf-hopper (Perigrinus maidis) also spreads over the plant a saccharine liquid. The mealy plum aphis heavily infests plum trees and covers the leaves, twigs, and fruit with honey-dew. The life of this aphis is passed on two host-plants. In winter it infests plum trees, the eggs hatching in March. In early summer it migrates to the cat-tail rush (Typha), returning to the fruit trees in late fall.

The aphids are so well known that they require only a brief description. They are small, thick, usually greenish insects with pear-shaped bodies and long legs. On the back of the sixth segment of Aphis and Lachnus there is a pair of tubes called cornicles, siphons, or nectaries. They are commonly believed to excrete honey-dew; but this is denied by Forel and other entomologists, who assert that they exude only a gluey substance, which is not sought by ants. The tubes do not connect with the digestive tract, and the liquid which issues from them is produced by glandular cells at their base. In a part of the aphids the tubes are wanting or are greatly reduced in size.

The life cycle of the aphids varies with different species, but the principal