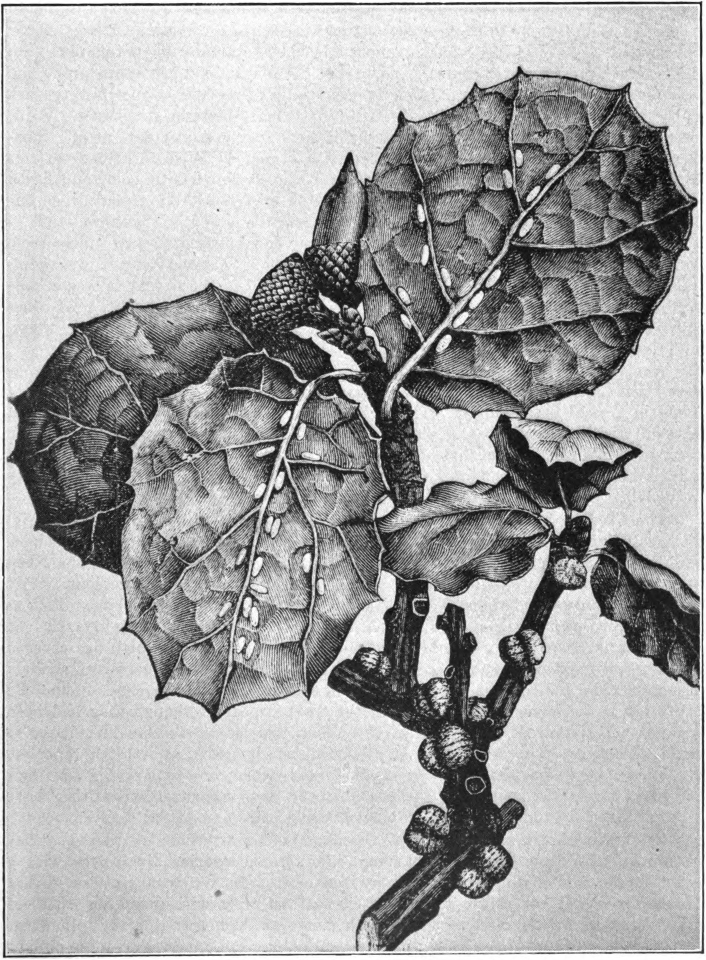 tion beneath; in cultivating the orchard the backs of the horses and the harness often became covered with the sticky substance dropping from the trees. It attracts thousands of ants, bees, and wasps, which feed on it.”

More than 400 tons of honey-dew are shipped from the Hawaiian Islands annually, most of which is an excretion of the sugar-cane leaf-hopper (Perkinsiella