YELLOW STAR THISTLE (Centaurea solstitialis). — Barnaby’s thistle. Introduced into California about 25 years ago, it has spread over Sonoma, Napa, Solano, Sutter, and a large part of Butte counties. Regarded as a pest by the farmers, it has become an important source of honey to the beekeepers. About one-half of the honey crop of Butte County, which averages not far from sixty tons, is gathered from this plant. The bright yellow flowers bloom from July to the middle of October. Star thistle yields a heavy nearly white honey, which is very sweet and has a greenish yellow tinge like olive oil. It is considered equal in quality to any white honey in California, and commands a higher price than the light amber honeys. It may be destroyed by repeated plowings, but will still continue to thrive by the roadsides and in hedgerows and neglected fields. On overflowed land it often grows to the height of 7 or 8 feet, forming impenetrable thickets. 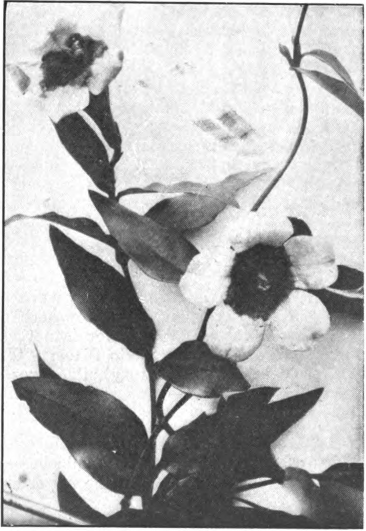 YELLOW-WOOD (Cladastris lutea). — An ornamental tree, growing 50 feet tall, found in rich woods in Tennessee and Kentucky. In Tennessee, where abundant, it yields a small surplus. The white flowers, which resemble those of the locust, are in large drooping clusters and open in May. The wood is yellow.

YERBA BUENA (Micromeria chamissonis). — A trailing herb, with small white flowers, common in woods near the coast from Humboldt County southward to southern California. Listed as a fair honey plant in California. Blooms in June.