similar in composition to that of cultivated buckwheat, but it contains a slightly larger per cent, of sucrose; the color is much lighter and the flavor much better than that of the cultivated buckwheat. This shrub is very common on the plains and mountain slopes of southern California. (Fig. 120.)

WILD CUCUMBER (Echinocystis lobata). — A tall climbing vine, cultivated for arbors and porches. The small white flowers are very numerous. It has escaped from cultivation, and grows wild along the rivers from New England to Texas. It is often very abundant in damp woodlands, where, as in the valley of a stream at Humboldt in the southeast section of Nebraska, it festoons the trees on all sides. It is reported to yield a light amber honey of good quality in localities in the bottomlands of the Missouri and Mississippi rivers. (Fig. 121.)

Near Kansas City there is a Missouri River bluff about 3 miles long and 150 feet high. This bluff is completely covered with wild cucumber vine. It blooms for 4 or 5 weeks and yields large quantities of nectar. Four stands of bees averaged 60 pounds each from this source, there being little else for them to work on. The light amber-colored honey has an excellent flavor, and is very thick.

WILLOW (Salix). — At Borodino, New York, bees have often made a gain of from six to ten pounds of honey from willow bloom, and one season they stored fifteen pounds. The honey was light in color and had a pleasant aromatic flavor. It was gathered from the white willow (Salix alba), the weeping willow (S. babylonica), and a golden willow, probably a variety of the white species with yellow twigs. In warm clear weather the bees work eagerly on the bloom, and the nectar is so abundant that it can be seen glistening in the sunlight. But as it is often cold, windy, cloudy, or rainy, honey and pollen from the willows is not at all certain.

In Georgia the black willow (Salix nigra) grows along streams throughout the state. It blooms in March, and in a few localities yields a surplus of honey of medium quality. In Louisiana there are immense areas of willows, and a great amount of willow honey is produced. A strong colony may gather 100 pounds from this source. As white clover and the willows bloom at the same time, it is probable that some of the honey credited to white clover comes from the willows.

The black willow is also common in Texas, where it is valued for both nectar and pollen. In California, in Sacramento, San Joaquin, Fresno, and Tulare coun- 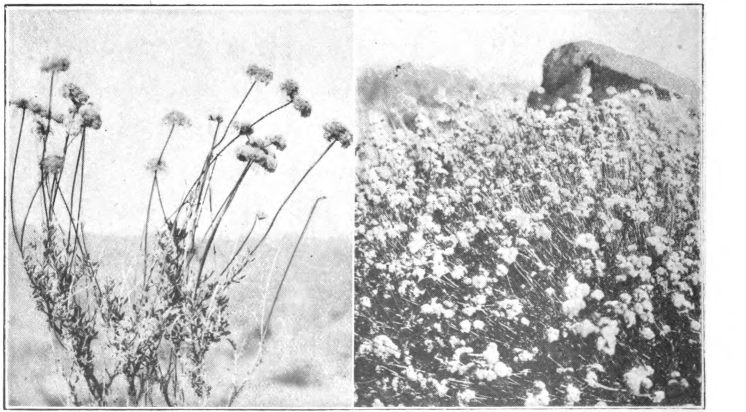