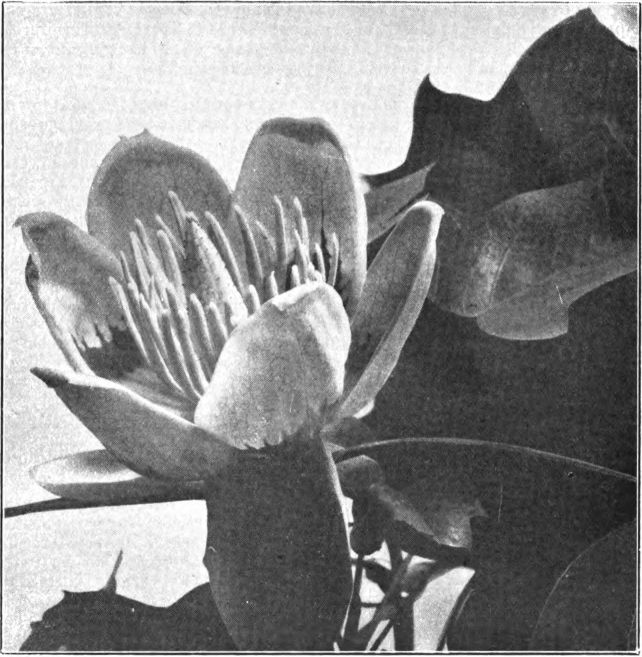 weather is warm and dry, the honey flow is very much heavier than when the bloom is early. Under such conditions there are few if any better honey plants than the tulip tree, and each flower will yield not far from a spoonful of nectar. When the flowers appear early in the season the flow is often interrupted by cold rains. A large quantity of honey is stored even when the trees are scarce, and one or two supers are often filled from this source alone. Where the trees are abundant there is little danger of overstocking, and it has been estimated that 200 colonies could not take all of the nectar within their range. Unfortunately, there are to-day few such locations, and they are in regions difficult of access.

The honey obtained from tulip tree is bright amber when new, but it becomes darker with age, and very thick, so that it closely resembles molasses. In quality it is fair, somewhat strong, but with a rather pleasant flavor. It is in good demand locally throughout the South, but it does not sell well in the general market. As it is gathered early and does not command the highest prices, it can be used to advantage in brood-rearing and increasing the strength of the colonies for gathering the lighter-colored honeys which come later. The tulip tree is a host for an abundance of plant lice in late summer, which furnish considerable honey-dew.

The seed should be sown as soon as ripe in moderately dry fertile soil, and should be protected during the first winter. The wood is soft and fine-grained and is easily worked; it is usually nearly white, but in some localities is yellowish. It shrinks badly in drying and consequently is not adapted to exposure to the weather.