Alabama. It thrives in the semi-arid regions of Utah and Colorado as well as in western Washington, where there is a rainfall of over 100 inches. White sweet clover will grow on rocky limestone knolls and hills, almost bare of vegetation, and in a few years furnish excellent pasturage. If planted on poor sterile land it will deepen and enrich the impoverished soil and again render it productive; but it requires a compact seed bed and should not be planted on loose sand. It is more tolerant of poor drainage, overflow, and seepage than either alfalfa or the clovers. 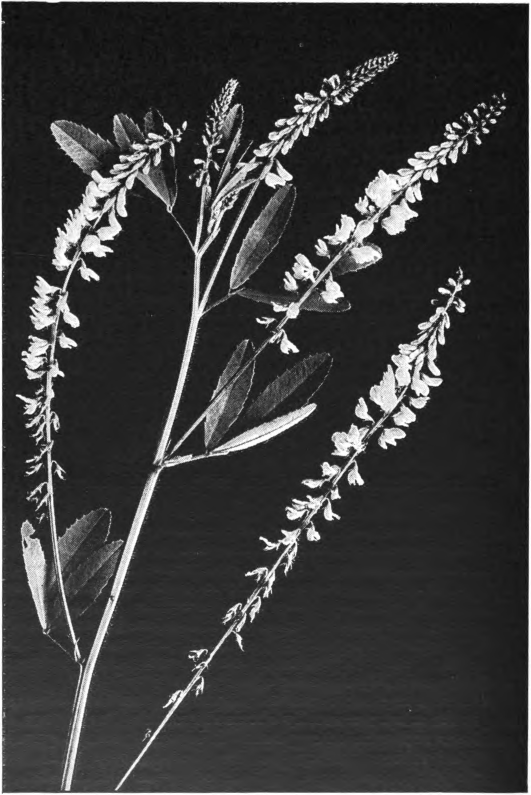 It will grow well on wet lands near large reservoirs, which are useless for ordinary crops; but it can not be planted on the rice lands of the South. Provided they contain lime and the required bacteria, both clay and sandy loams will yield a good crop of this legume. It will endure more acid than clover and more alkali than alfalfa. While it grows most luxuriantly in fertile ground it can be seeded for pasture on the poorest fields. Eroded and gullied lands with thin and much de-