like white clover. As new areas are lumbered off “new pastures are offered to new comers.” There is only one way, according to Hutchinson, to find a desirable location, and that is to hunt for it. (Fig. 101.)

Wild raspberry honey is described by Hutchinson, who produced it in large quantities, as having a delicious raspberry flavor, and, although not as white as white clover honey, it is classed as a white honey of the very finest quality. In a warm season it begins to bloom about the first of June; but, if the spring is cold and backward, the flow does not start until the middle of June. “I think that I can safely say,” wrote Hutchinson, “that the wild raspberry never fails to produce nectar. It does not winter-kill as does clover, and nectar secretion is less affected by the weather. I have seen bees doing well working upon it when the weather was so cool that clover would not yield a drop of nectar.” A luxuriant growth of 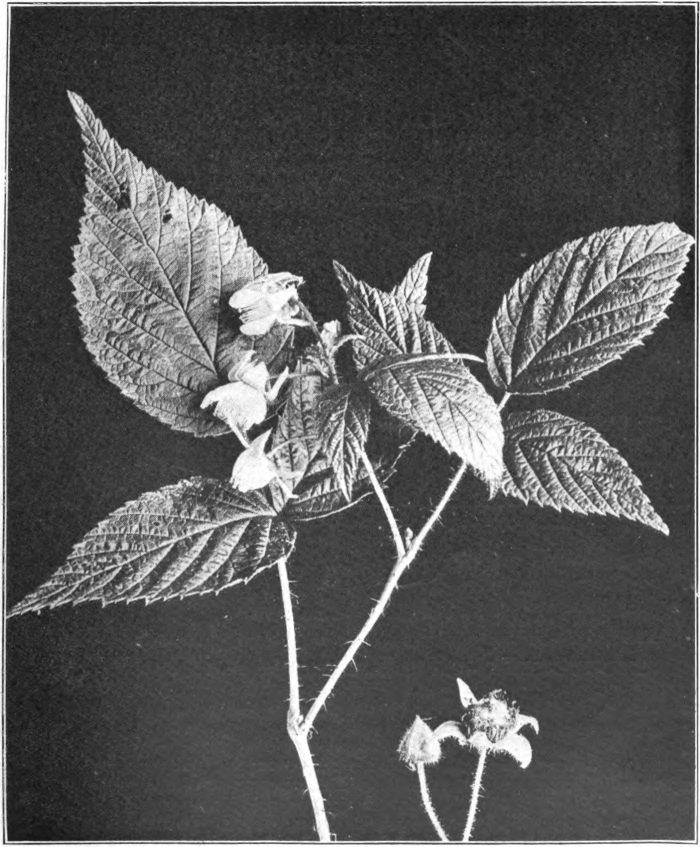