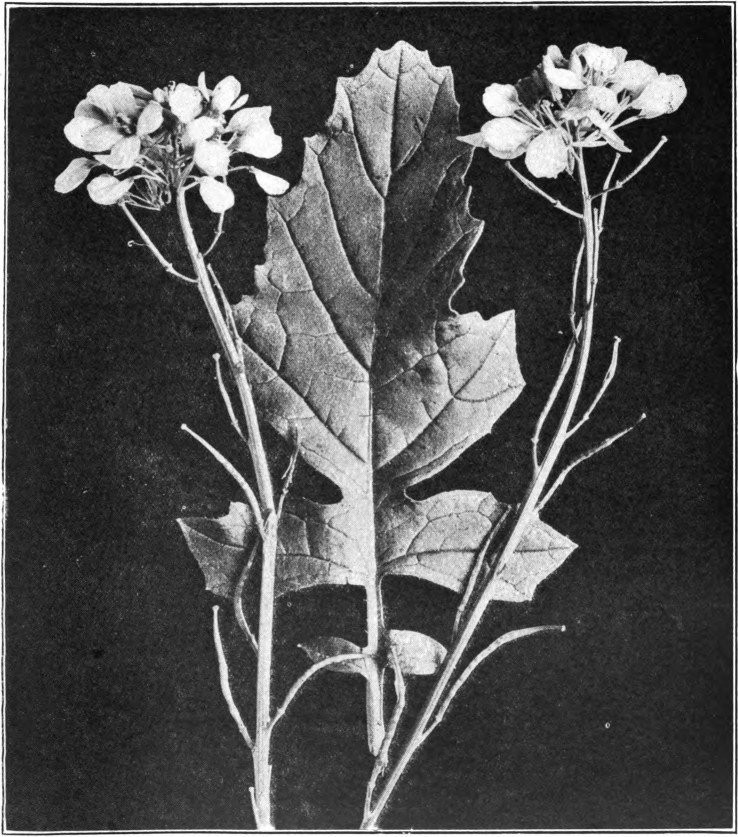 MUSTARD (Brassica). — Mustard, turnip, rape, cabbage, and charlock all belong to the same genus. Charlock (B. arvensis), naturalized from Europe, is often very abundant in grain fields, presenting an unbroken expanse of yellow. Almost equally common is black mustard (B. nigra), common everywhere in waste places. Both the black and the white mustard (B. alba) are extensively cultivated for their pungent seeds. In the Lompoc Valley, California, mustard seed is an important crop, and in a single year the farmers have realized a quarter of a million dollars from its sale. The average yield per acre is from 800 to 1000 pounds of seed. The period of bloom lasts for nearly a month, and when the sowings are made at different intervals it can be prolonged for a period of ten weeks. The honey is light in color, but the flavor is generally regarded as inferior in the West. Although not as heavy-bodied as alfalfa, it has the same tendency to candy quickly. It may