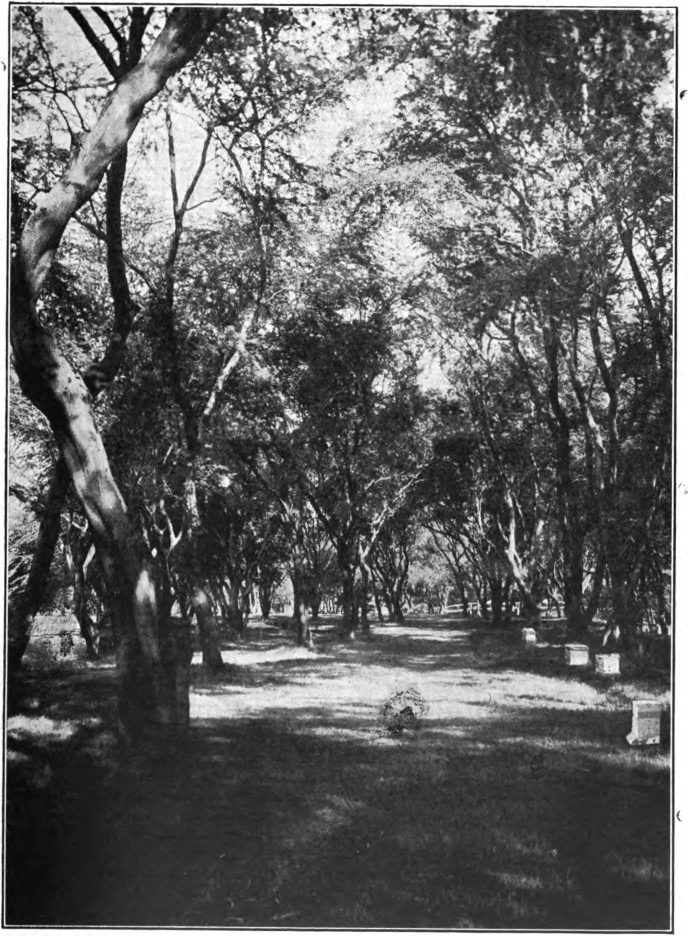 falfa and sweet clover. At La Mesa in some seasons the mesquite flow is excellent, but it is often a failure. Texas mesquite is also valuable in Otero County, N. M.. and in southern Nevada.

Arizona Mesquite (Prosopis velutina). This tree is the largest of the mesquites, often attaining a height of 45 feet or more. It. grows in the hot dry deserts of southern Arizona, southern California, and Sonora. The leaves, flowers, and pods are very similar to those of Texas mesquite. Arizona mesquite blooms for the