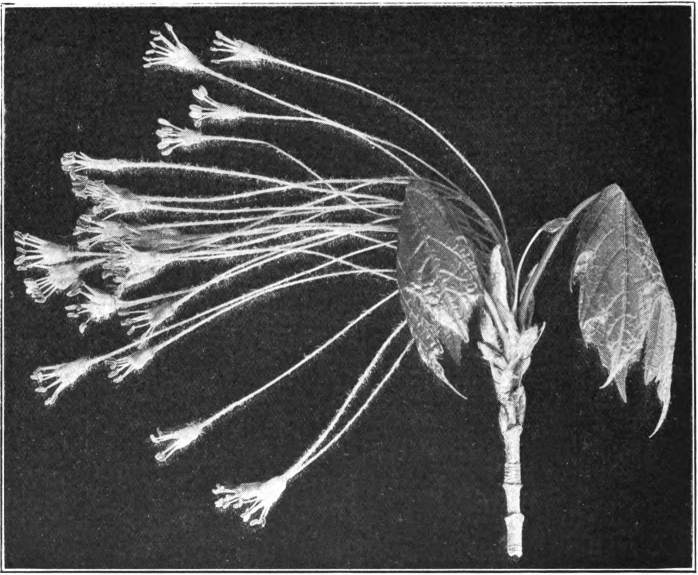 amber-colored with a faint pinkish tinge. The flowers of both of the Oregon trees appear a little later than the leaves.

MARSH FLEABANE (Pluchea petiolata). — The marsh fleabane is an erect herb with a simple or branched stem, oblong leaves, and purplish flowers in small heads. It is abundant on swampy or low land in the eastern and southern states. At Moorhead, Minnesota, a surplus of 160 pounds was obtained from this species in 1922 in about two weeks. The honey was bright amber-colored with a disagreeable taste and odor. It granulated quickly after it was extracted. In southern California arrow-weed (P sericea) is also a good honey plant. See Arrow-weed.

MARSH FLOWER (Floerkea Douglasii). — Also meadow foam. A spreading annual with yellowish green leaves and white flowers, yellowish at base. On low ground in the valleys of the Coast Ranges it colors large patches white and yellow. According to Jepson it is cultivated in England as a honey plant.

MARIGOLD (Gaillardia pulchella). — A diffusely branching annual found in dry soil throughout the southwest from Nebraska and Missouri to Texas and Arizona. In Texas marigold is an important honey plant. When there are ample rains in spring it covers the Black Prairies, and about the middle of May it produces a profusion of large showy heads of fragrant yellow flowers. On hundreds of acres in a favorable season the flowers are so abundant that they almost touch each other. But it is seldom seen on sandy or gravelly ridges where oaks grow. It continues in bloom for three weeks, or for a month if there is sufficient moisture in the soil.

The honey is a light transparent yellow in color with a golden-yellow comb. It is seldom obtained entirely pure, as mesquite and horsemint bloom at the same time. The honey is not highly regarded by large commercial buyers. But it is seldom se-