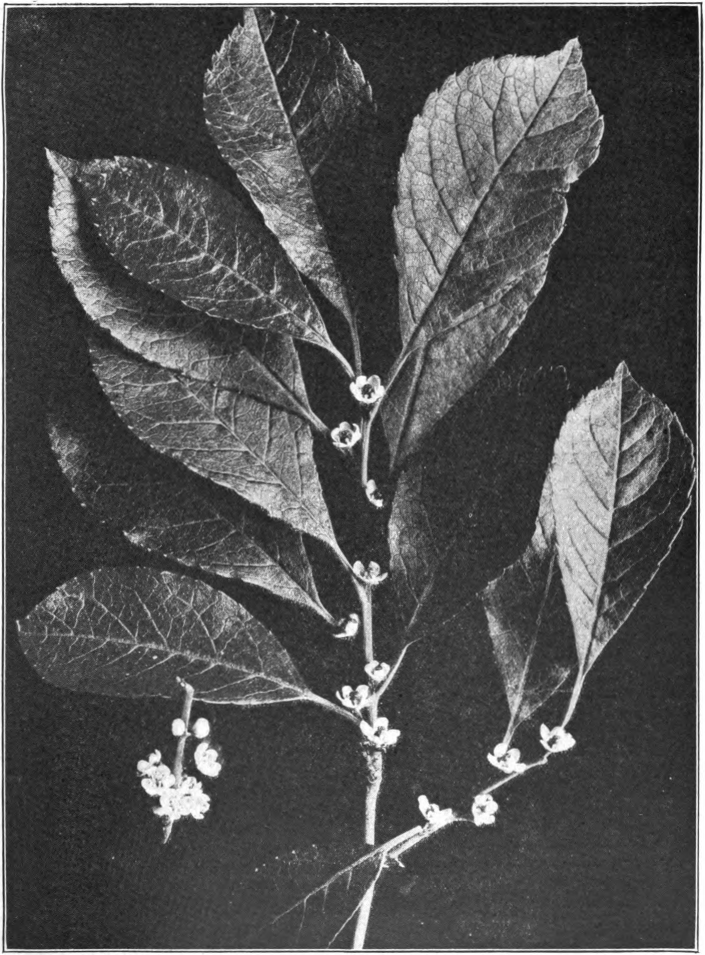 Fig. 66. — Black Alder (Ilex verticillata). Solitary pistillate flowers in the axils of the leaves. A cluster of staminate flowers on the left. Photographed by Lovell.

it rains constantly during the blooming period. I have had strong colonies store 17 pounds per day from holly.” Holly begins blooming from April 25 to May 2, and the blooming-period lasts from two to three weeks, according to the season. The secretion of nectar seems to be stimulated by a warm damp atmosphere. Colonies are usually not strong enough to make the most of the holly flow, as it is difficult to build them up sufficiently so early in the season. A large quantity of holly