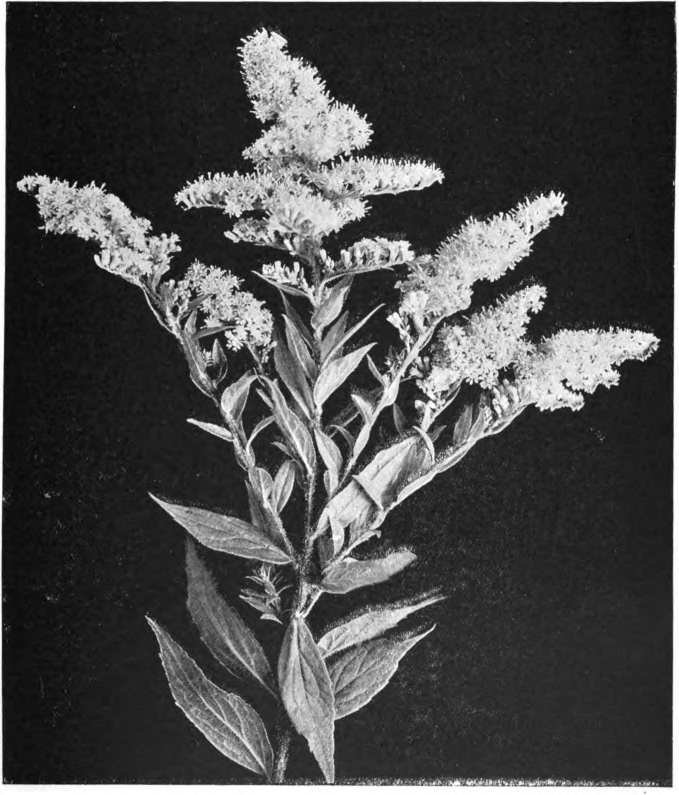 southwestern states, it is not regarded as important. A surplus of goldenrod honey is occasionally obtained in southern Georgia. It has a deep golden color, but is rather strong in flavor and odor. S. rigida is worthless for bees in Iowa, but in southwest Wisconsin attracts great numbers of them.

All the goldenrods, so far as known, yield nectar; hut the species vary widely in different localities in the quantity of nectar secreted. Even when growing side by side two species may yield nectar very unequally. In the former case the variability in nectar secretion may be largely explained by external factors, as soil and climate; but in the latter case the differences depend upon internal conditions, as variations in the chemical changes or functions of the plants themselves. Of the four very common species of goldenrod in Maine, the bushy goldenrod (S. graminifolia) and the tall hairy goldenrod (S. rugosa) are the best honey plants, while the early goldenrod (S. juncea) and the field goldenrod (S. nemoralis) are much less often visited by bees. Nectar is most freely secreted in hot dry autumns, when the flow lasts well into October. (Figs. 59 and 60.)