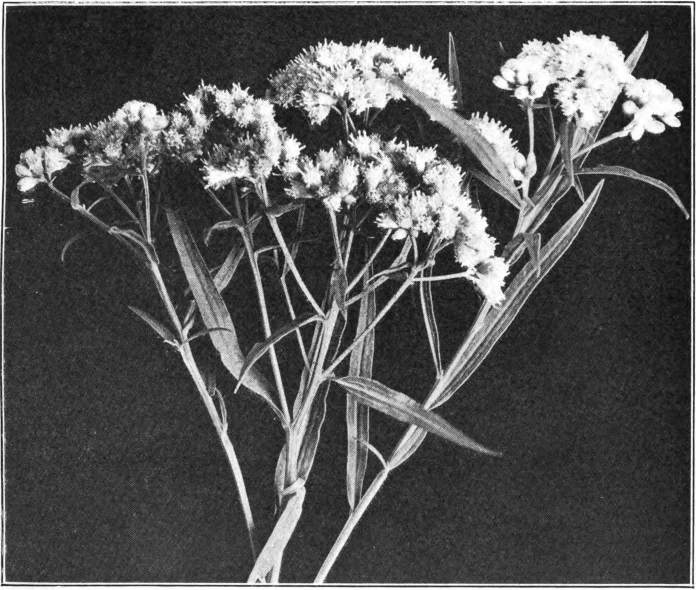 of one hundred feet. The odor observed during a goldenrod honey flow has sometimes been likened to that of decaying carrion, but this is a mistake. When such an odor is present in the apiary, it is caused in most cases by one or more stink-horn fungi (Phallus impudicus). Where there is decaying organic matter, as near old stumps, these fungi frequently spring up in the fall. They exhale a strong fetid scent similar to that of dead carrion, which may easily mislead the beekeeper, as we have learned by experience. The stem is hollow, and the caplike top deliquesces into a sticky, semi-liquid mass, filled with spores, which is very attractive to carrion-flies. The flies feed on the thick syrup and thus become an agent in distributing the spores. As soon as the fungi are removed the carrionlike odor disappears. The sour smell of the nectar also vanishes in a few days.

Goldenrod is an important honey plant in Nova Scotia and New Brunswick, but is of less value in southern Quebec. On the sandy plains of Gatinau Valley, about 40 miles north of Ottawa, S. puberula and S. squarrosa occasionally yield 40 pounds of honey per hive. In Manitoba, east of Winnipeg, from 50 to 100 pounds per colony are obtained. Goldenrod in southern Maine is a very reliable honey plant, never failing to yield a surplus, but northward in the state is reported to be of less value. In Vermont, Massachusetts, and Connecticut a marketable surplus is often obtained in September, and once in three or four years strong colonies on Cape Cod will store nearly a hundred pounds from fall flowers. Various species of goldenrod are also common and valuable in New York, New Jersey, Georgia, Kentucky, Texas, and other eastern and southern states. In California, western goldenrod (S. occidentalis) is common in marshes and on river banks, and S. californica occurs on dry plains and in the mountains throughout the state; they yield an amber-colored honey. But in Illinois and Maryland, and in general throughout the