or “keel” formed by the two lower petals, and emerge only when the bee's head is pushed into the flower. If the point of a lead pencil is thrust into a mature flower, when it is withdrawn a little mass of pollen will be found on the under side. Compared with its value as a honey plant, white clover is of much less importance for pollen, and many of the home-coming bees enter the hives with empty pollen-baskets. (Figs. 46 and 47.)

There is no more important or more interesting subject to the beekeepers of the “white-clover belt” than the life-history of white clover and its problems. It is propagated both by seeds, and by runners, which root at the nodes and finally become independent stocks. In the absence of bees the flowers remain self-sterile and produce no seed. Clover raised from seed is more valuable for nectar the second season than during the first. 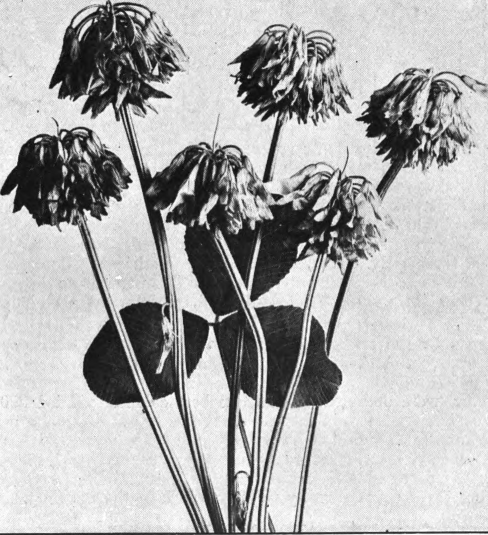 Fig. 47. — White Clover (Trifolium repens). Last stage, in, which the flowers are all bent downward and have turned brown. Photographed by Lovell.

Crimson Clover (Trifolium incarnatum). Other English names are Italian clover and carnation clover. Crimson clover is a “winter annual.” It is seeded in late summer and makes its early growth in autumn, passes the winter in a green state, begins growing again very early in the spring, and matures its seed and dies before summer. It grows wild in southern Europe, and is widely cultivated in France, Germany, and Great Britain. It was introduced into this country in 1822, and during the last thirty years has been extensively grown on the sandy soils of the middle and southern states. In the northern states it is usually killed by the severe winters.

Crimson clover has been listed as a good source of honey in North Carolina and several other southern states; and a surplus is reported to have been obtained at Dover, Delaware. At Medina, Ohio, almost as many honeybees have been seen on