soil Lime may be applied in various forms, as air-slacked lime, or ground limestone; but the latter is advised, as it is equally efficient, and cheaper in price. From 2000 to 4000 pounds to the acre may be used to advantage, which should be thoroughly harrowed into the soil. Alsike requires less lime than either white or red clover.

Alsike Clover (Trifolium hybridum). The honey from alsike clover is fully equal to that of white clover, and probably can not be distinguished from it. It is generally conceded that alsike clover yields nectar more freely, and is a more re- 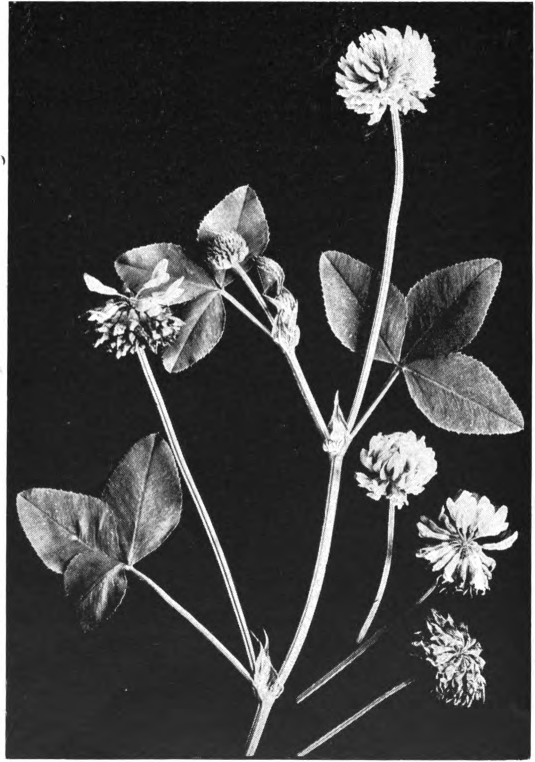 liable honey plant, than white clover. It has repeatedly been observed that apiaries in the vicinity of alsike yield more honey per colony than those having access only to white clover even in great abundance. The period of bloom of alsike is also much longer than that of white clover, lasting, when pastured, nearly all summer. But the late bloom is seldom of much value except in stimulating brood-rearing. During the first year it does not often make a heavy growth, not attaining its full luxuriance until the second and third season. (Fig. 44.)