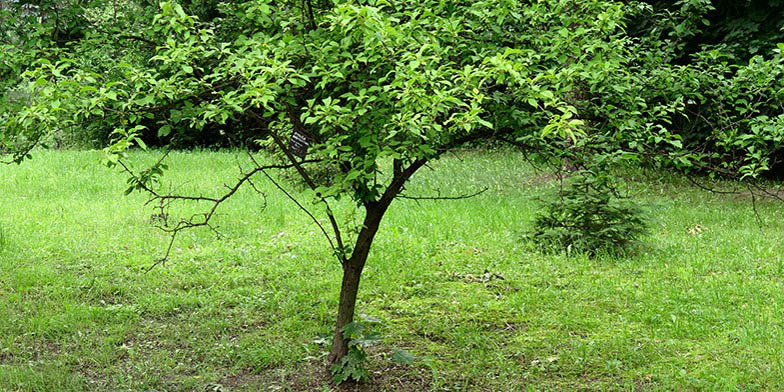 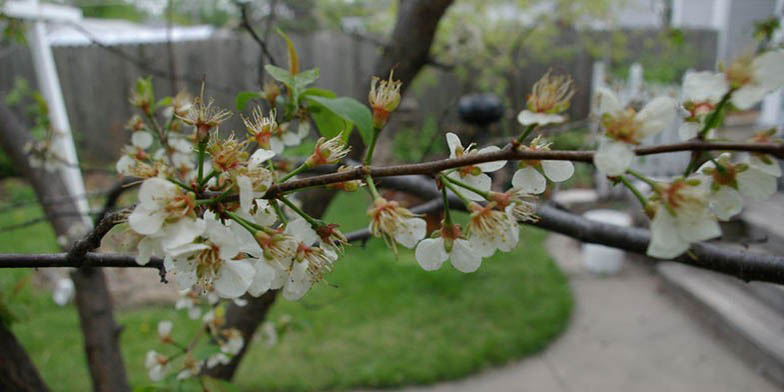 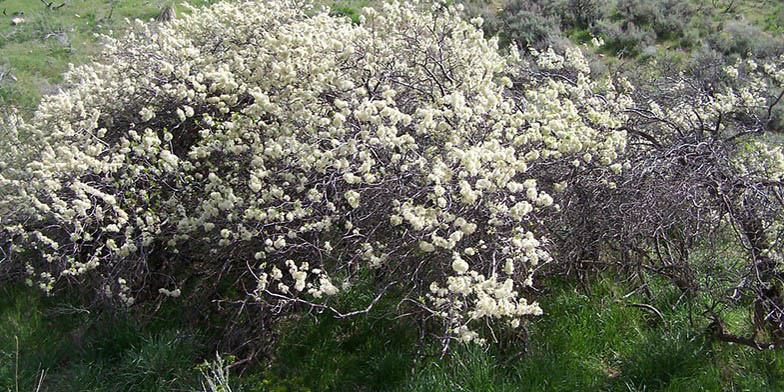 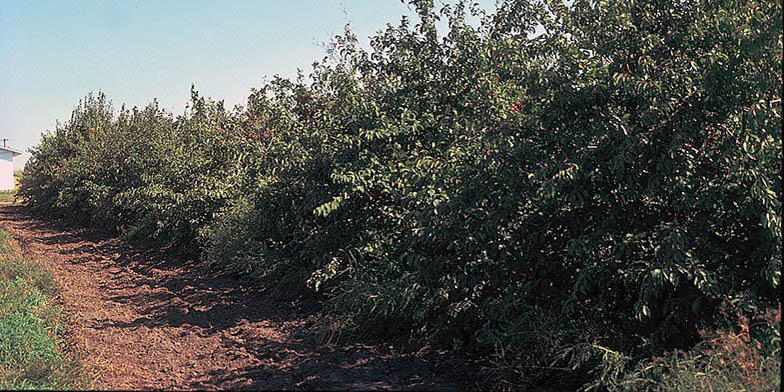 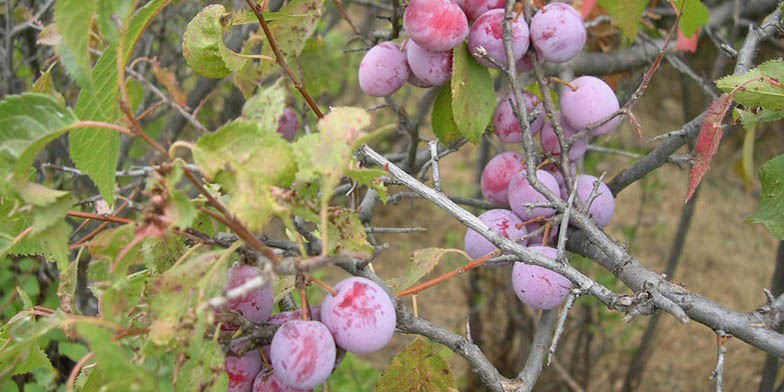 American plum is the most broadly distributed wild plum in North America. It occurs from southern Saskatchewan east to southern Quebec and southern Maine and south to Arizona and central Florida. Its core distribution extends from Minnesota east to Rhode Island and south to central Oklahoma and north-central Florida. Populations become increasingly isolated outside this core area, with extremely isolated plants in Washington. American plum is native to North America, but its native range is unclear. Its core range may approximate its distribution before European settlement. Human plantings have expanded American plum distribution; American plum is often planted outside its core range and sometimes escapes cultivation.

Morphology of woody parts: American plum's form is usually shrubby, but it may grow as a small tree. It ranges from 3.3 to 33 feet (1-10 m) tall. It is likely to grow tallest and assume tree form in its southern distribution. American plum usually grows as a small, single-stemmed tree in southern Alabama, Georgia, and Florida. American plum trees have short, crooked trunks with stiff lateral branches that form wide, flat-topped, irregular crowns. Tree trunks may reach 12 inches (30 cm) in diameter. Crowns are spreading. The national champion tree is 18 feet (5.5 m) tall, 3.8 feet (1.1 m) in diameter, and 18 feet in spread; it grows in Fairfax County, Virginia. American plum wood is moderately heavy and hard. The bark is "moderately" thick. Some of all branches are spurred, becoming more so with age. Bottom branches typically grow low to the ground. American plum is commonly infected with a fungus that produces black swellings on the twigs. The root structure is not well known for American plum. A few researchers found American plum had shallow, spreading roots. A root-profile study of clay prairie soils in Fargo, North Dakota, found most American plum roots were in the 1st foot (0.3 m, 40% of roots) or 2nd foot (0.6 m; 33% of roots) of soil. Maximum root depth was 6 feet (2 m). A 15-year-old shrub in eastern Nebraska had roots extending 2.5 feet (0.8 m) deep. Lateral roots ranged from 2.5 to 11 feet (3 m) long.

Leaves and reproductive structures: American plum is deciduous. Leaves are narrow with sharp teeth; they are 3 to 5 inches (8-13 cm) long. Flowers and fruits grow on short spur shoots. The inflorescence is an umbel with 2 to 4 flowers. The flowers are strongly fragrant and showy, about 1 inch (2.5 cm) across. Fruits are yellow or red drupes, 0.8 to 1.3 inches (2.0-3.2 cm) in diameter. They may be solitary or in clusters. The seed is a smooth, compressed stone.

American plum has a long period of winter dormancy relative to other Prunus. The flower bud scales are large enough to permit a 2- to a 3-fold expansion of primordial flowers. The flowers emerge before or with the leaves in early to mid-spring. Fruits ripen from mid- to late summer. Seeds mature from September to early October.