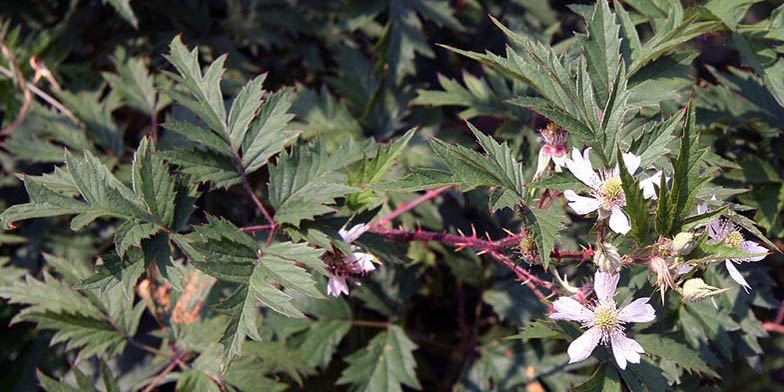 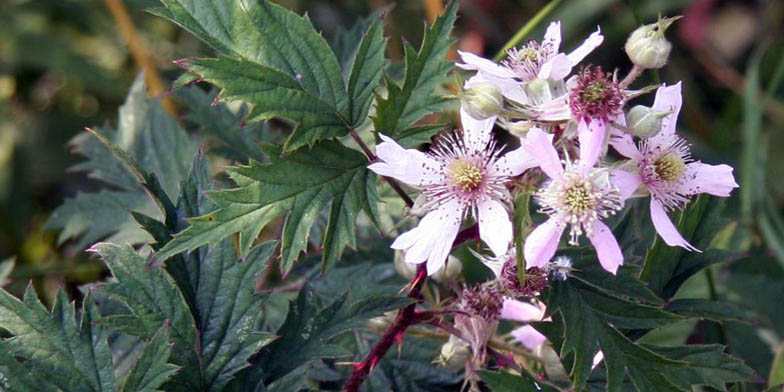 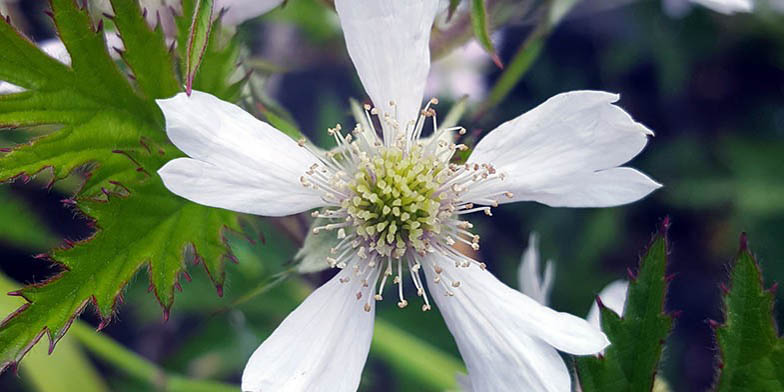 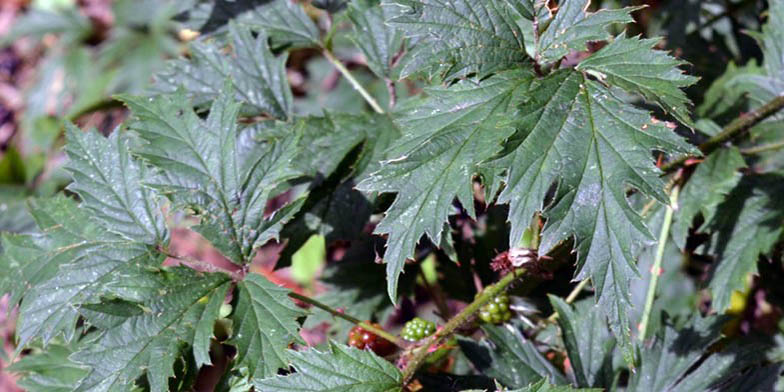 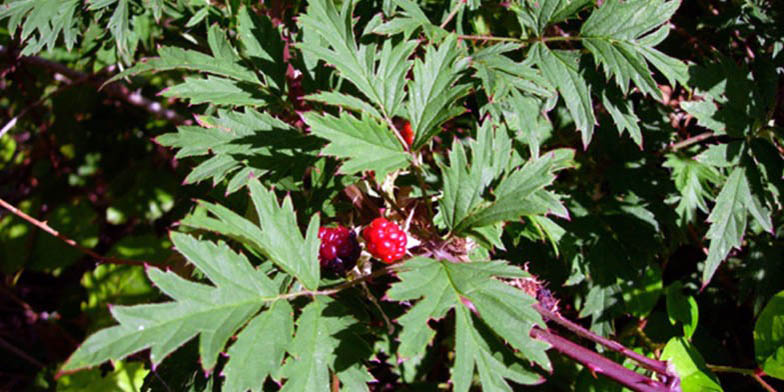 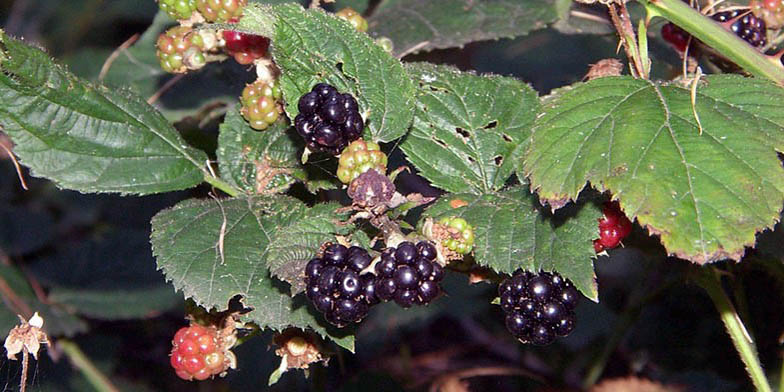 The cutleaf blackberry is a native of Eurasia which has become widely naturalized in North America. It now occurs through much of the Northwest, from British Columbia to northern California west of the Cascades and eastward to Idaho. Cutleaf blackberry also grows throughout much of New England, extending westward to Michigan and southward to the Middle Atlantic States. It is locally established in parts of Montana, Wyoming, and Colorado. It is cultivated in Hawaii.

Cutleaf blackberry is a semi-erect to erect and arching, much-branched shrub which grows up to 10 feet (3 m) in height. These shrubs often grow in a dense cluster. Stems often trail at the ends and are covered with numerous stout, curved thorns.

The stems of blackberries are generally biennial. Sterile first-year stems, known as primocanes, develop from buds at or below the ground surface and produce only leaves. Lateral branches, or floricanes, develop in the axils of the primocanes during the second year and bear both leaves and flowers.

Cutleaf leaves have five leaflets and are palmately or, less commonly, pinnately compound. Leaves are green on both surfaces, but hairy beneath. Leaflets are lacinate to dissected.

Perfect white-to-pink or rose flowers are borne in compound paniculate cymes. Fruit of the cutleaf blackberry is large, round, and shiny black in color. Fruit grows up to 0.8 inches (2 cm) in length and is made up of a few large, sweet, succulent drupelets.

Seasonal development of the cutleaf blackberry varies according to geographic location and climatic factors.