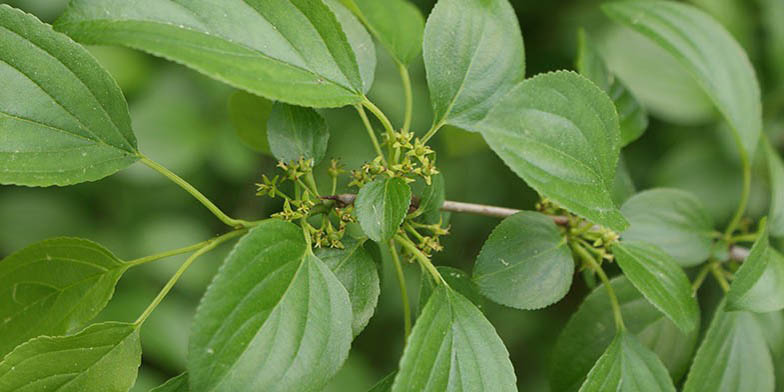 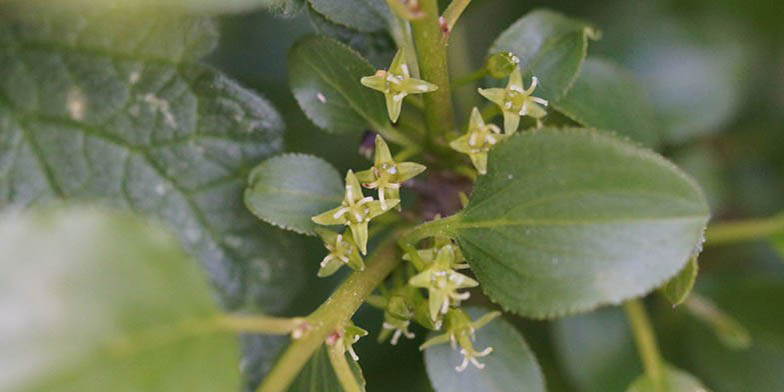 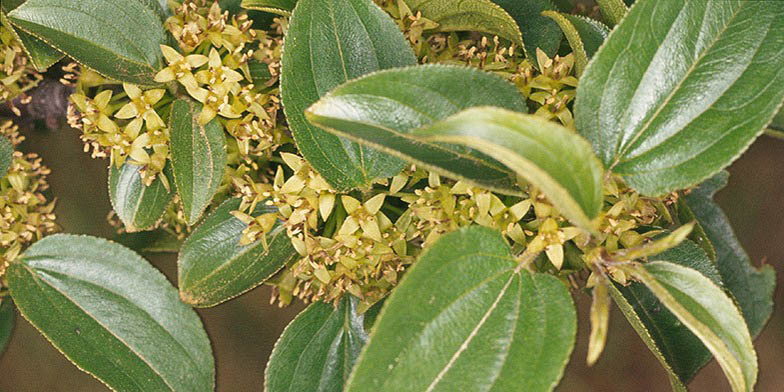 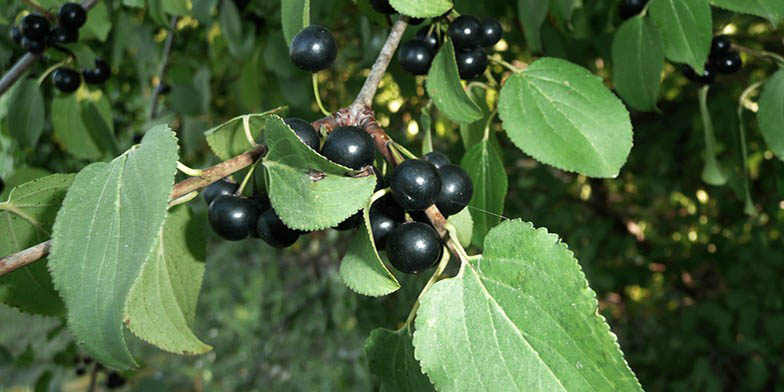 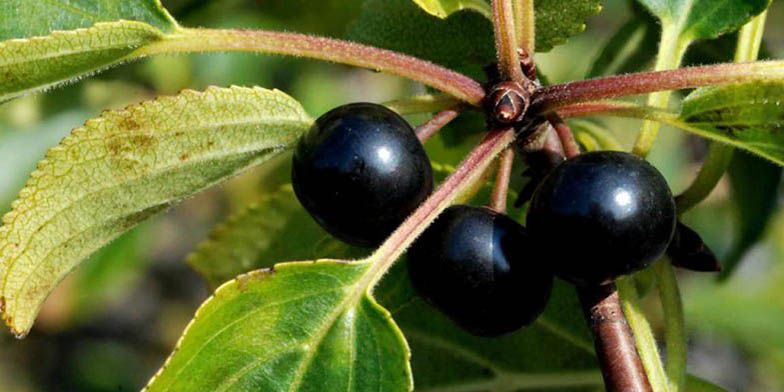 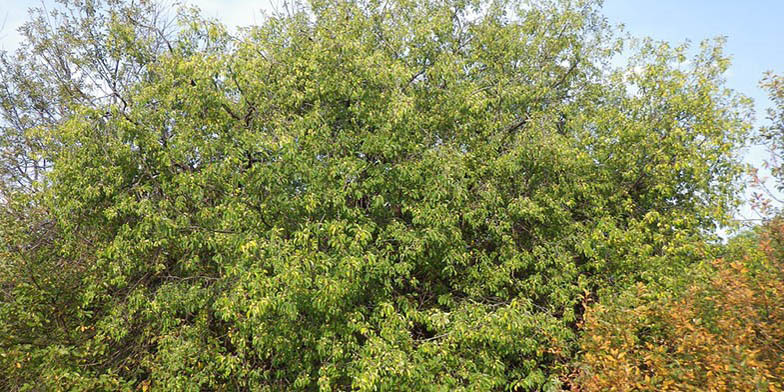 Common buckthorn is not native to North America but was deliberately introduced before and during the early 1800s by colonists from Europe, primarily as an ornamental hedge plant. It subsequently escaped cultivation and has established throughout the north-central and northeastern United States and the maritime provinces of Canada.

Common buckthorn is native to Europe and the northern and western parts of Asia, from southern Scandinavia (below 61° 40') and western Siberia (56° 40') in the north to northern Afghanistan, Iran, Turkey, and northeastern Spain in the south. It occurs sparingly at high altitudes in northern Algeria and Morocco. Kurylo and others provide a detailed description of the distribution of common buckthorn in both its native range in Eurasia and northern Africa and its nonnative North American range.

Common buckthorn is a large shrub or small tree. It is a polymorphic species within its native range, likely due to hybridization with other buckthorns. In North America, common buckthorn is described as a large, coarse shrub, often as wide as high, with many stems and many branches, or with a single main stem and ascending branches. The shrub form typically ranges from about 3 to 13 feet (1-4 m) tall, sometimes up to 16 to 20 feet (5-6 m). The tree form typically reaches about 16 to 26 feet (5-8 m) tall and 4 inches (10 cm) in diameter. Common buckthorn individuals are typically less than 13 feet (4 m) tall in Canada. Mature common buckthorn plants have long, somewhat angled shoots with branches forming almost right angles with the main stem. Branchlets are stout and semirigid, 1.5 to 2 mm in diameter, and slightly flattened. Many branches end in a single, small thorn ranging from 0.2 to 0.9 inch (0.5-2.2 cm) long. Young common buckthorn bark is smooth; older bark is somewhat scaly or fissured.

Common buckthorn leaves are simple and occur near branch tips. Leaves range from 0.6 to 2.8 inches (1.5-7 cm) long or longer and 0.4 to 2.8 inches (0.9-7 cm) wide. Leaves are mostly deciduous but often remain green and do not fall until late autumn.

Common buckthorn is typically dioecious, and flowers are functionally unisexual and 4-merous. Flowers are small and inconspicuous and occur in dense clusters on branches of the current season. Staminate flowers occur in axillary clusters of 2 to 8 flowers (up to 40). Pistillate flowers occur in clusters of about 2 to 15 (up to 30). Common buckthorn fruits occur singly or in clusters. If clustered they occur at nodes on the end of short spur branches or at the base of leafstalks. The fruit is a globose drupe, ranging from 5 to 10 mm in diameter and usually bearing 4 seeds, but ranging from 1 to 5 seeds per fruit. Seeds are 4 to 5 mm long.

Common buckthorn flowers may appear with leaves. In parts of the United States and Canada, common buckthorn begins flowering as early as May. The fruits turn from green to red to black on ripening, and no flowers remain when fruits become black. Fruits may ripen as early as August but typically ripen in September in North America. The fruits were fully ripe by mid-September. The timing of flowering and fruiting is generally delayed in the western and Maritime provinces compared with Ontario.