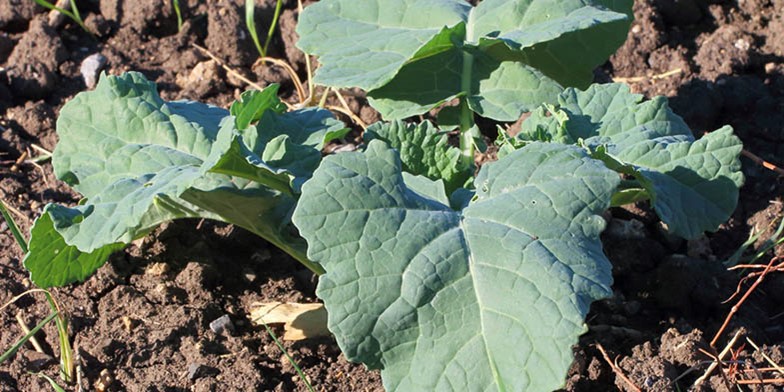 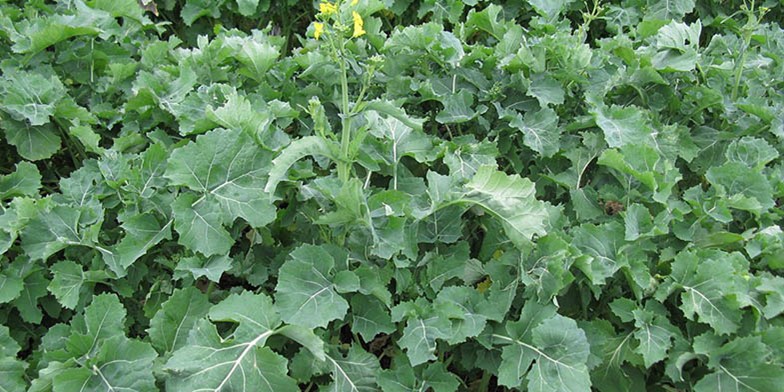 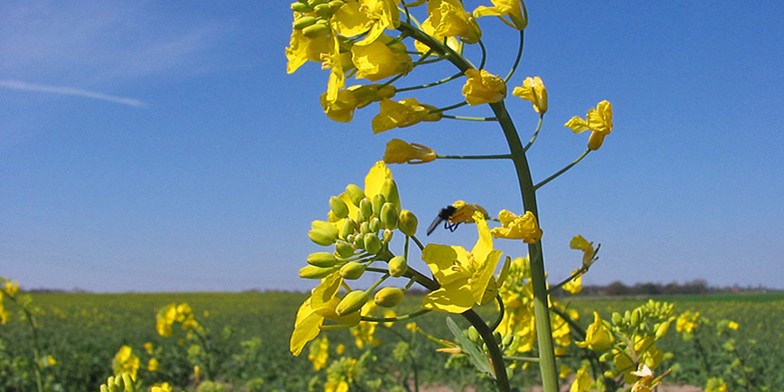 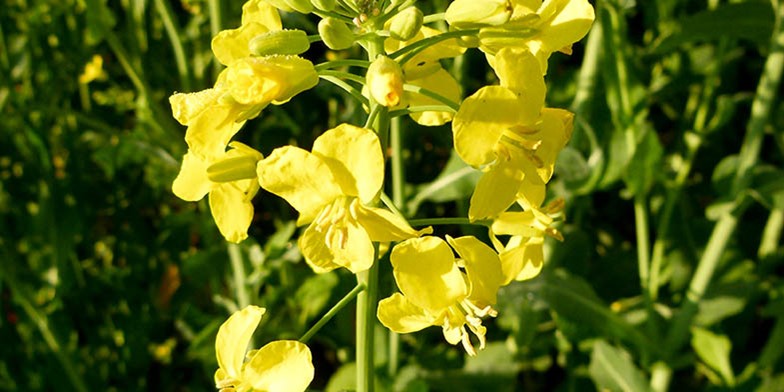 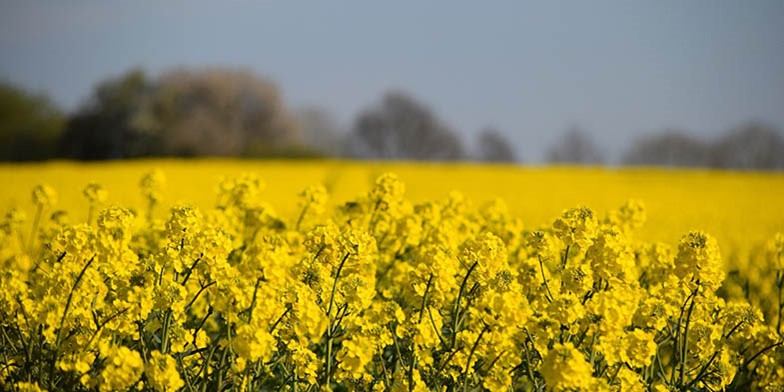 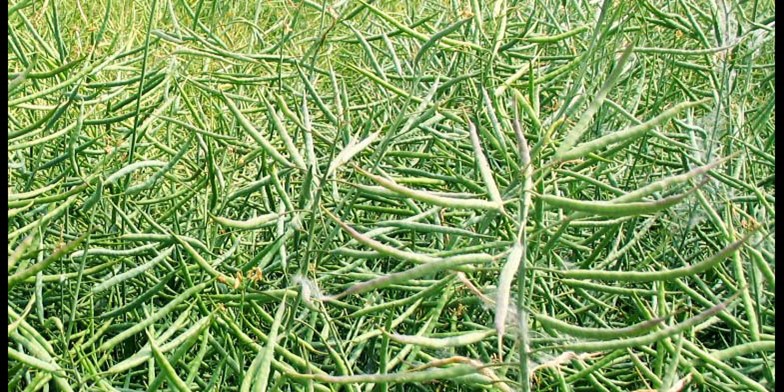 Scientific name: Brassica napus.
Other common name(s): none.
Life form: Forb, Herb.
Flowering time: no data.
Please select your location to display the flowering period of the plant in your area.

Brassica napus (Oleifera Group) is commonly called rapeseed. It is the third-largest source of vegetable oil in the world (behind palm oil and soybean oil). It is primarily grown as a commercial crop for the production of vegetable oil (rapeseed oil) from its seeds, for production of biodiesel from rapeseed oil, for its young edible leaves or as forage for livestock.

Rapeseed is also used as a cover crop in the US during the winter as it prevents soil erosion, produces large amounts of biomass, suppresses weeds, and can improve soil tilth with its root system. Some cultivars of rapeseed are also used as annual forage and are ready for grazing livestock 80 to 90 days after planting.

Rapeseed flowers are yellow and about 17 mm across. They are radial and consist of four petals in a typical cross-form, alternating with four sepals. They have indeterminate racemose flowering starting at the lowest bud and growing upward in the following days. The flowers have two lateral stamens with short filaments, and four median stamens with longer filaments whose anthers split away from the flower's center upon flowering.

It is in flower from May to September. The species is hermaphrodite (has both male and female organs) and is pollinated by Bees. The plant is self-fertile.