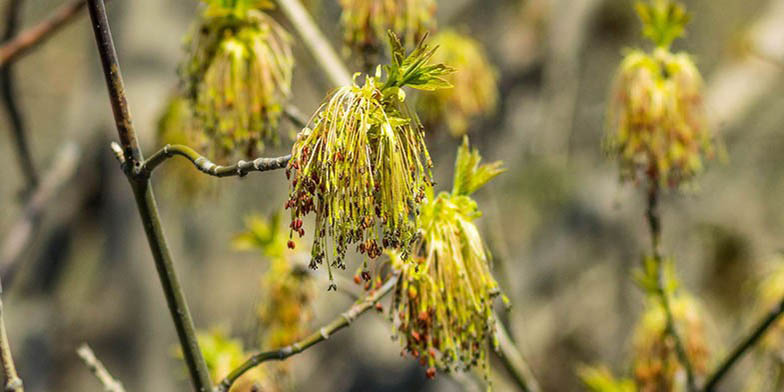 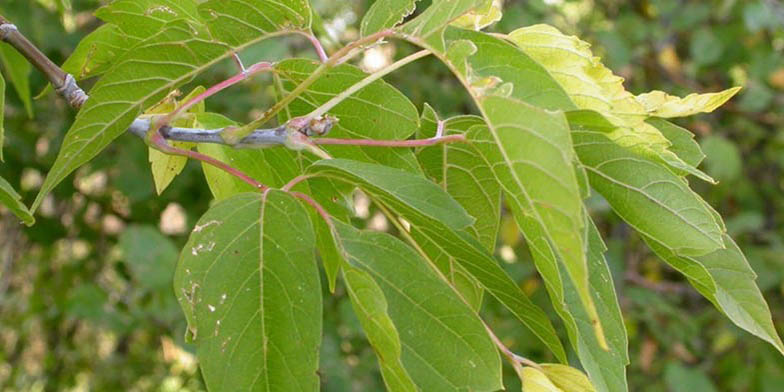 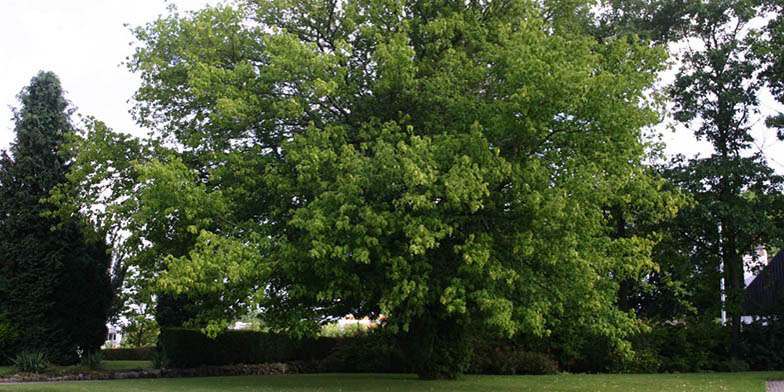 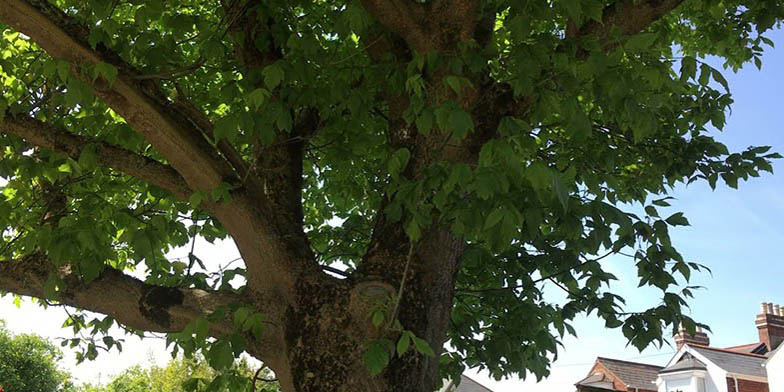 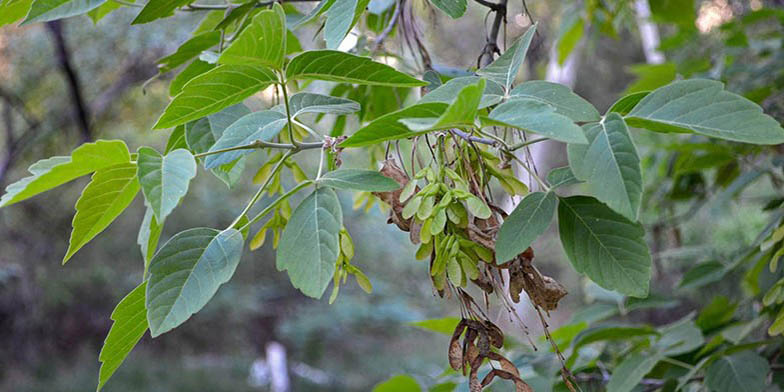 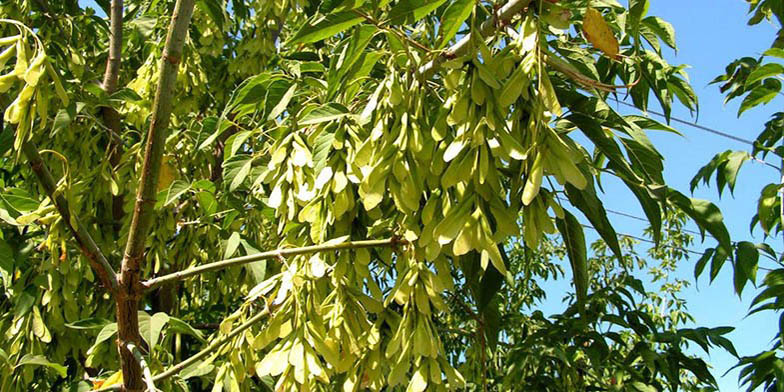 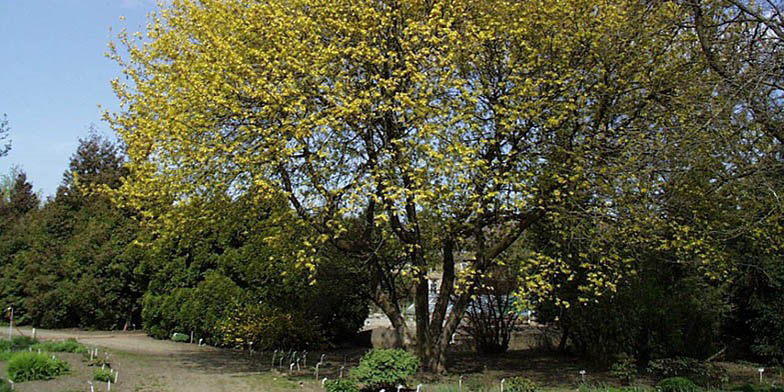 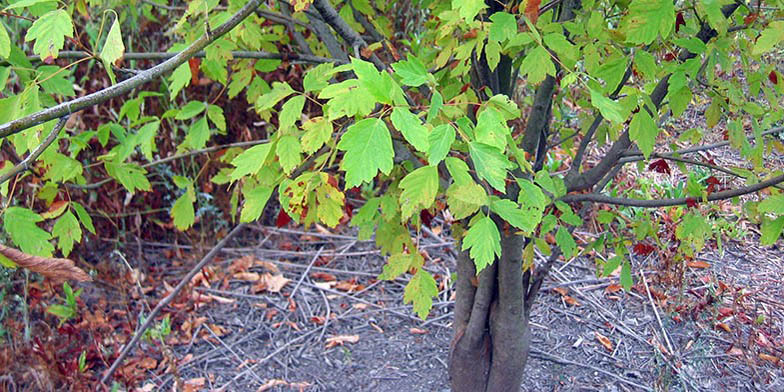 Boxelder is widespread in riparian and palustrine communities throughout most of the contiguous United States.  Its range extends from New Jersey and central New York west through extreme southern Ontario, central Michigan, northern Minnesota, central Manitoba, central Saskatchewan, southern Alberta, and central Montana, eastern Wyoming, Utah, and California; and south to southern Texas and central Florida.  It is also local in New Hampshire, Vermont, Massachusetts, Connecticut, Idaho, and Nevada.  Boxelder has been naturalized in Maine, southern Quebec, New Brunswick, Nova Scotia, Prince Edward Island, and in southeastern Washington and eastern Oregon.  Varieties of boxelder occur in the mountains of Mexico (Nuevo Leon, San Luis Potosi, and south to Chihuahua) and in Guatemala.

Boxelder is a native deciduous small to large tree with an irregular form. The trunk often divides near the ground into a few long, spreading, rather crooked limbs, which branch irregularly to support a broad, uneven crown. When growing among other trees, boxelder forms a high, open crown, with the undivided portion of the trunk much longer and usually straighter than that of an open-grown tree. This variable-sized tree may reach 70 feet (21 m) in height and 3 feet (0.92 m) in diameter but is more often medium-sized, from 40 to 50 feet (12-15 m) high and from 1 to 2 feet (0.3-0.6 m) in diameter. Boxelder may also appear as a large shrub, and in upland soil, on the Great Plains, this tree is usually only about 25 feet (8 m) high with low, crooked branches.

A drought-tolerant tree once established, boxelder's roots are shallow and spreading, except on deep soils. The bark is light gray and smooth but becomes furrowed into narrow, firm ridges and darkens with age. Twigs are stout, light green to purplish or brownish with a polished look or are often covered with a whitish bloom that is easily rubbed off. The blunt buds are 0.125 to 0.25 inch (2-5 mm) long with one or two pairs of scales and are coated with fine white hairs.

Boxelder is the only maple with divided leaves. The three to seven leaflets are from 6 to 15 inches (15-38 cm) long, light green above and greyish green below, usually without hairs. The leaflets are shallowly lobed or coarsely toothed. This completely dioecious tree has pale green male and female flowers with a strongly pronounced reduction of flower parts and contain no rudimentary parts of the opposite sex. Male flowers are on slender stalks in loose clusters and female flowers are arranged along a separate stem.

The fruit is composed of two fused, winged samaras which eventually separate upon shedding. The angle separating the two wings is less than 60 degrees. The samaras, about 1.5 inches (4 cm) long, hang in long chains on slender stalks, mature in autumn, and remain on the tree well into the winter. Each contains a single seed without an endosperm. Seeds are 2 to 3 times as long as they are wide and are markedly wrinkled.

Boxelder's leaves turn a dull yellow color in the autumn and drop throughout the fall and winter.