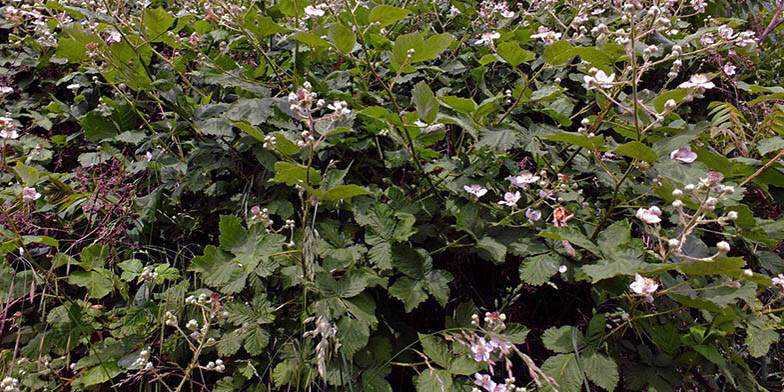 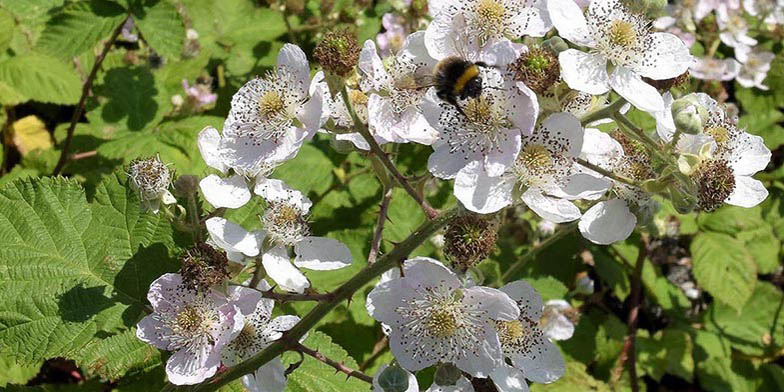 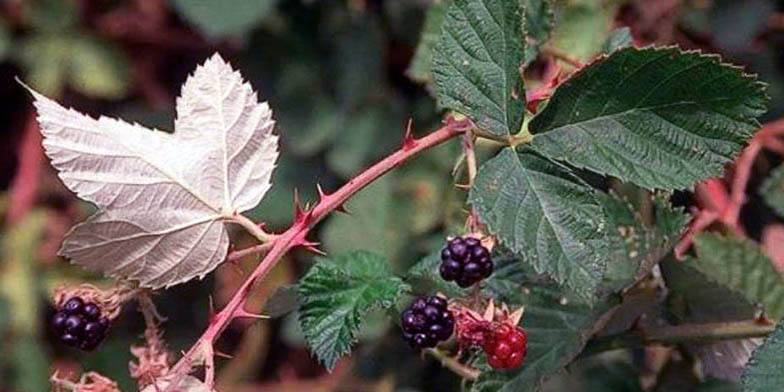 The Himalayan blackberry is a native of the Old World. However, it has become widely naturalized in the Northeast from Delaware to Virginia, and in the Pacific Northwest. The Himalayan blackberry occurs from northern California through southern British Columbia eastward to Idaho. It is particularly widespread west of the Cascades and is now abundant along the Snake River in southeastern Washington. It is also locally established in parts of Utah and perhaps Arizona.

The Himalayan blackberry is a robust, clambering or sprawling, evergreen shrub which grows up to 9.8 feet (3 m) in height.  Leaves are pinnately to palmately compound, with three to five broad leaflets.  Mature leaves are green and glaucous above but tomentose beneath.

Stems of most blackberries are biennial.  Sterile first-year stems, or primocanes, develop from buds at or below the ground surface and bear only leaves.  During the second year, lateral branches, known as floricanes, develop in the axils of the primocanes and produce both leaves and flowers.

Perfect flowers are borne in clusters of 3 to 20. Flowers are most commonly white, but rose or reddish flowers also occur. Ripe fruit, commonly referred to as "berries," are soft, shiny black and composed of an aggregate of large succulent drupelets.

The Himalayan blackberry provides food and covers for many wildlife species.

The Himalayan blackberry generally flowers from June to August. Fruit ripens in August and September, with seed dispersal in the fall.