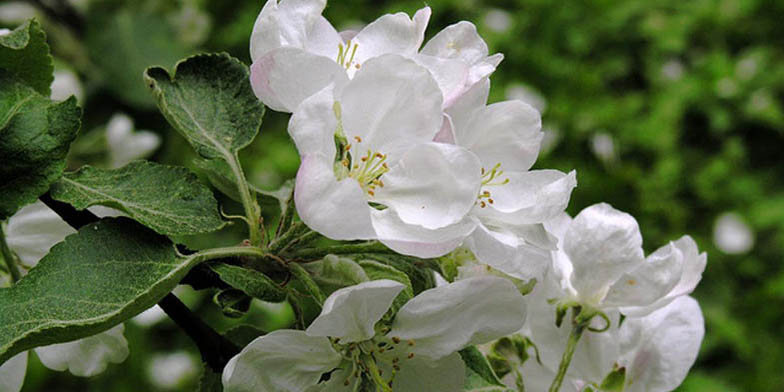 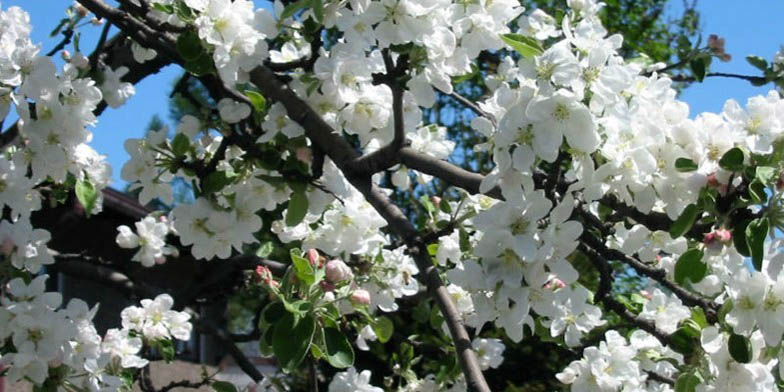 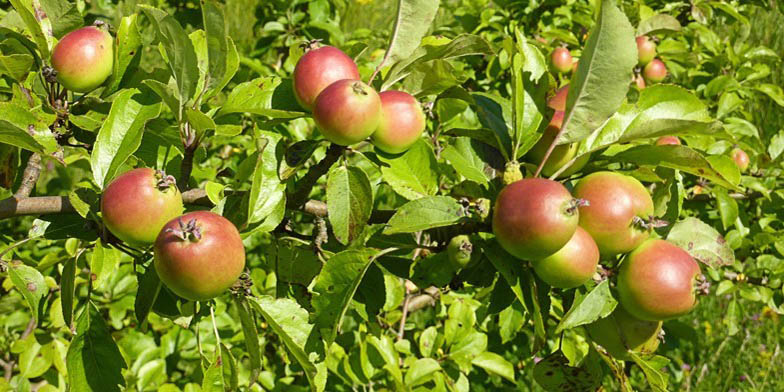 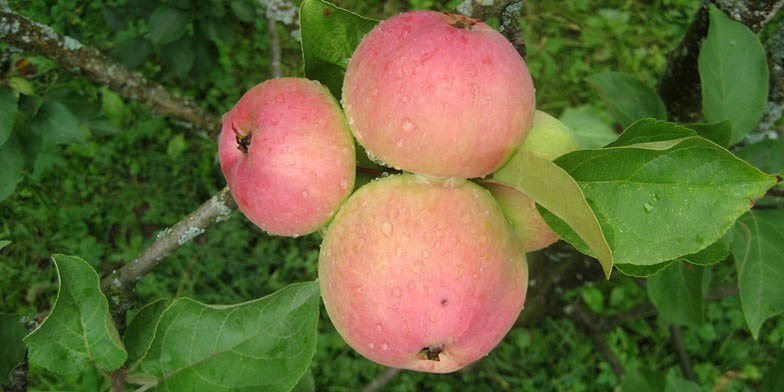 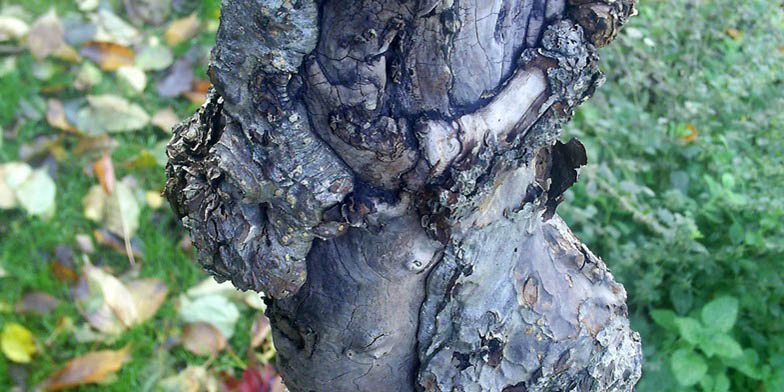 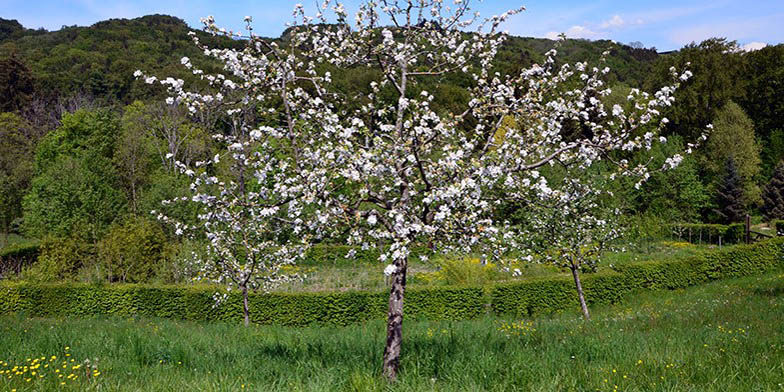 M. domestica is cultivated throughout temperate areas of the world, including North America (Mexico, U.S., and Canada). In the U.S., apples are grown in every continental state and commercial production occurs in 35 states, with top producers including Washington, New York, Michigan, Pennsylvania, California, and Virginia.

Malus domestica is a small- to a medium-sized, much-branched, deciduous tree with a single trunk and a broadly spreading canopy. Wild trees can reach 10-15 m in height, while cultivated trees are generally 2-5 m tall (in cultivation, tree size and shape are heavily dependant on rootstock and training system).

Roots consist of a horizontal layer of permanent, thickened, spreading scaffold roots less than 50 cm from the surface, and numerous vertical 'sinkers' descending to an impermeable layer or water table. Young stems and twigs are somewhat tomentose (hairy), while older branches are glabrous (smooth). Buds are purplish brown, ovoid and densely hairy.

Leaves are alternate, elliptic-ovate, rounded at the base, 4-13 cm long x 3-7 cm wide, with irregularly saw-toothed margins, and usually hairy beneath.

Flowers are usually terminal on spurs (although they may grow laterally from one-year-old wood in some cultivars), borne in groups of 4-6, in inflorescences that have variously been described as corymbs, corymbose racemes, cymes, and false cymes. Flowers are typically 3-4 cm in diameter, with 5 petals varying from white to deep pink, 5 sepals, about 20 stamens in 3 whorls (10 + 5 + 5) with yellow anthers, and a pistil comprised of five styles united at the base.

The pedicel and calyx are usually woolly, and the calyx is persistent in the fruit.

The fruit is an ellipsoid to obovoid globe-like pome indented at the base and usually also at the apex; usually more than 5 cm in diameter and weighing 200-350 grams. It may vary in color, from uniformly red, green, or yellow, or bi-colored, such as striped or blushed red on a yellow or green background.

M. domestica generally does better in more northern than southern climates because it usually requires the prolonged cold period provided by winter for flowering to occur in the spring.

Blooming period: Malus domestica generally blooms in the early spring after the other deciduous tree fruits have bloomed.

M. domestica is generally considered to be a better nectar producer than most other deciduous tree fruits, the species has several things working against it as a major honey producer. These include its short blooming period, which can be as little as only a few days, and the frequently inclement weather during its blooming period. While at times, perhaps one out of five seasons, apple produces a surplus, most beekeepers agree that the main benefit of the species to the beekeeping industry, excluding commercial pollination, of course, is in its spring stimulation of brood rearing.