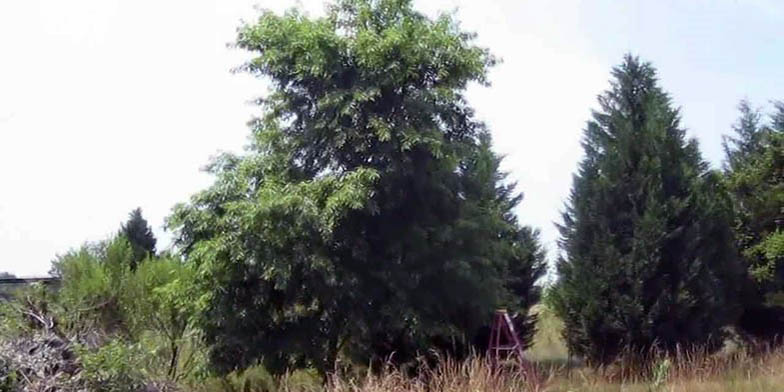 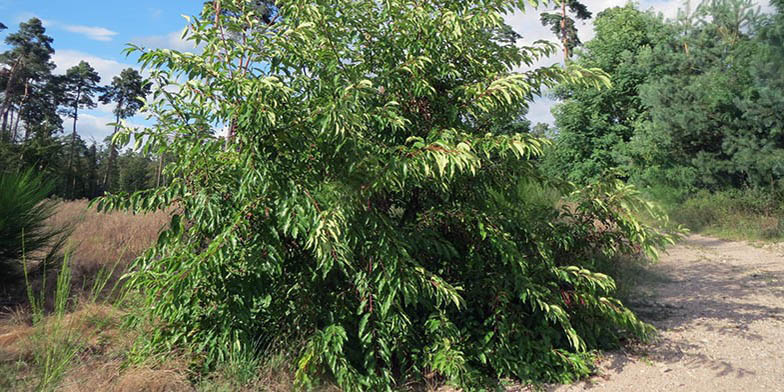 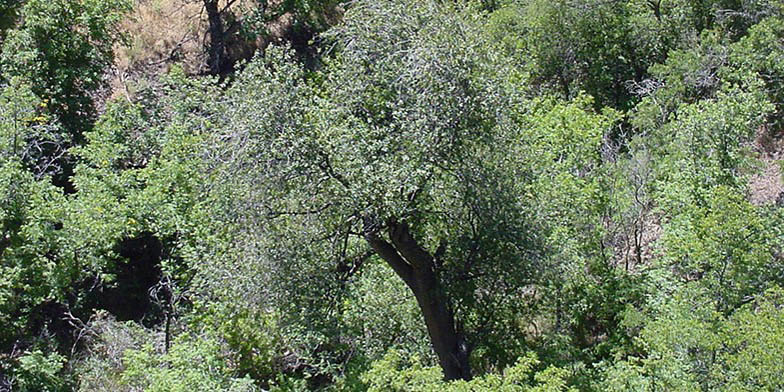 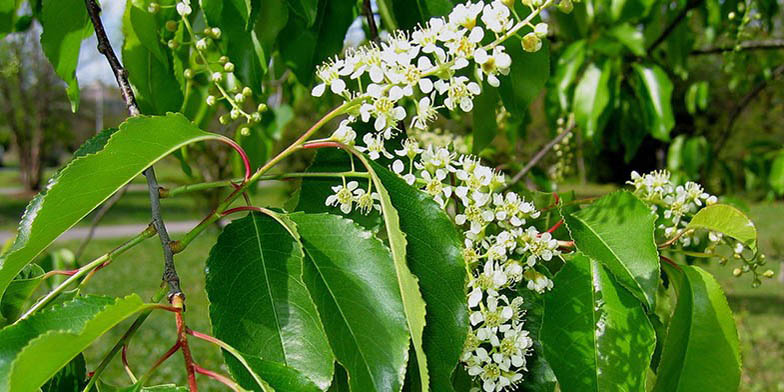 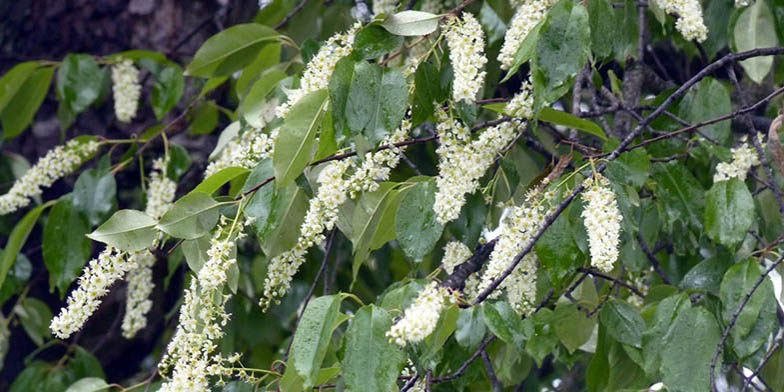 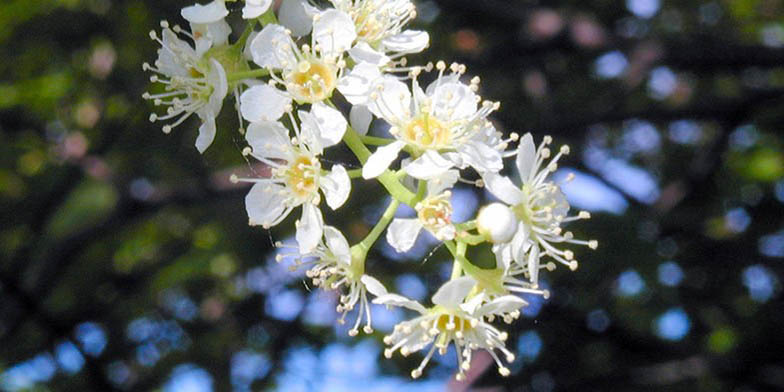 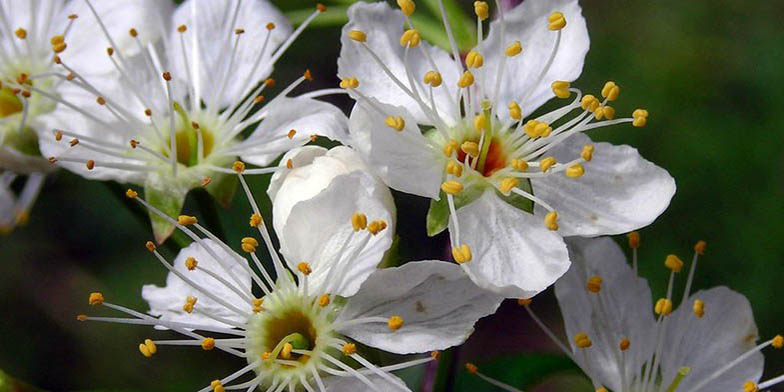 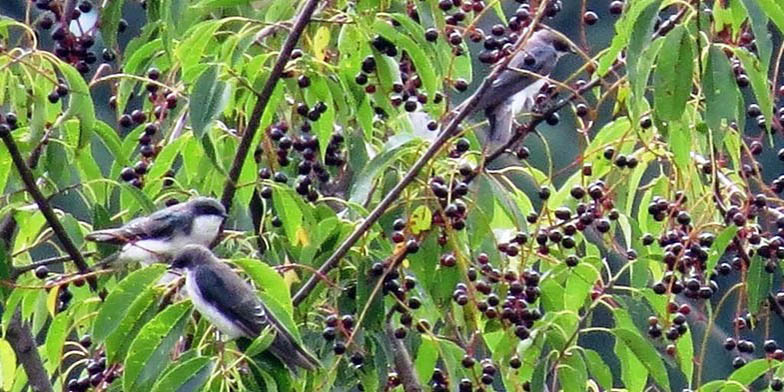 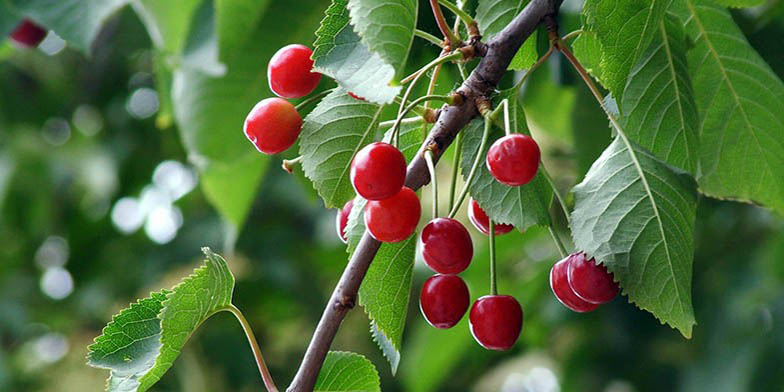 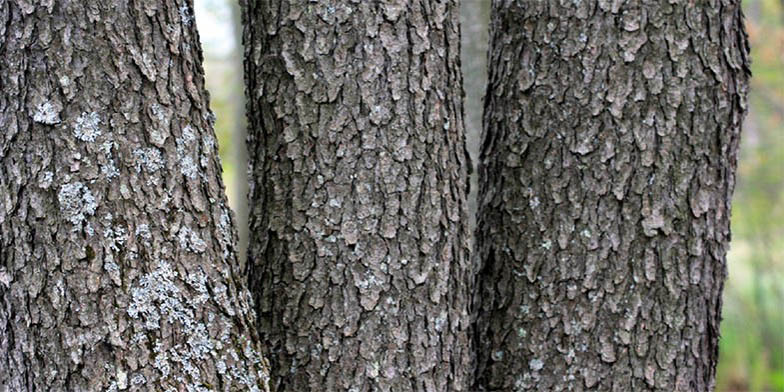 Black cherry grows in eastern North America from western Minnesota south to eastern Texas, and eastward to the Atlantic from central Florida to Nova Scotia. Outlying populations grow in central Texas; in the mountains of western Texas, New Mexico, and Arizona; and south in Mexico to Guatemala.

Prunus serotina is a medium-sized, fast-growing forest tree growing to a height of 50–80 ft (15–24 m). Leaves are 2–5 in (5–13 cm) long, ovate-lanceolate in shape, with finely toothed margins. Fall leaf color is yellow to red. Flowers are small, white and 5-petalled, in racemes 4–6 in (10–15 cm) long which contain several dozen flowers. The flowers give rise to edible reddish-black "berries" (drupes), 5–10 mm (1⁄4–3⁄8 in) in diameter. A mature black cherry tree can easily be identified in a forest by its very broken, dark grey to black bark, which has the appearance of very thick, burnt cornflakes. However, for about the first decade or so of its life, the bark is thin, smooth, and banded, resembling that of a birch. It can also quickly be identified by its long, shiny leaves resembling those of a sourwood, and by an almond-like odor released when a young twig is scratched and held close to the nose.

Black cherry flowers in the spring when the leaves are one-half to fully expanded.  Fruits develop over the spring and summer and ripen by early to late summer depending on latitude and climate.