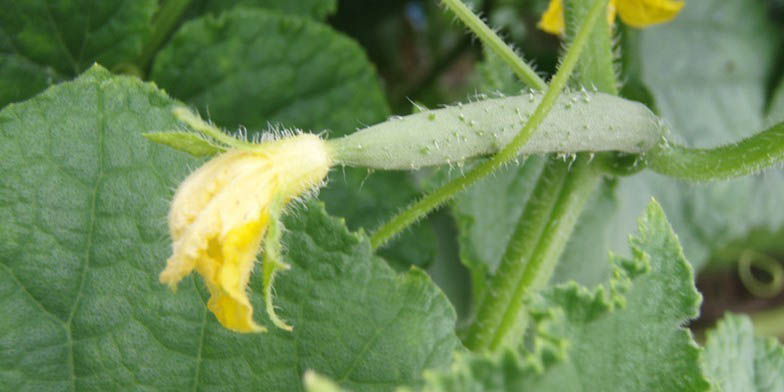 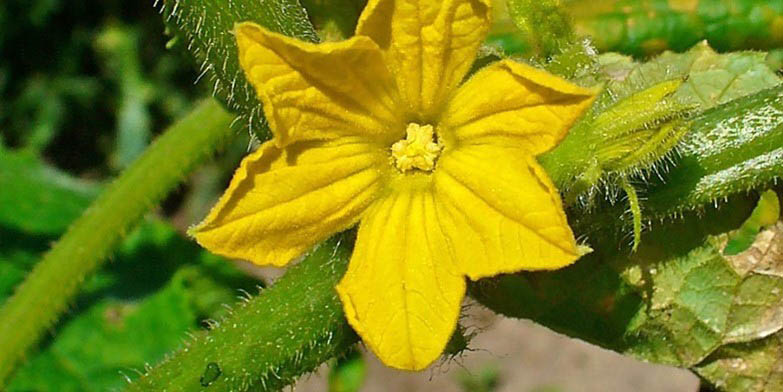 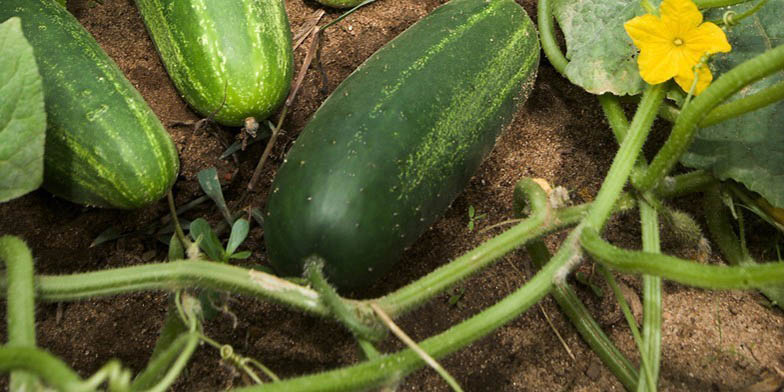 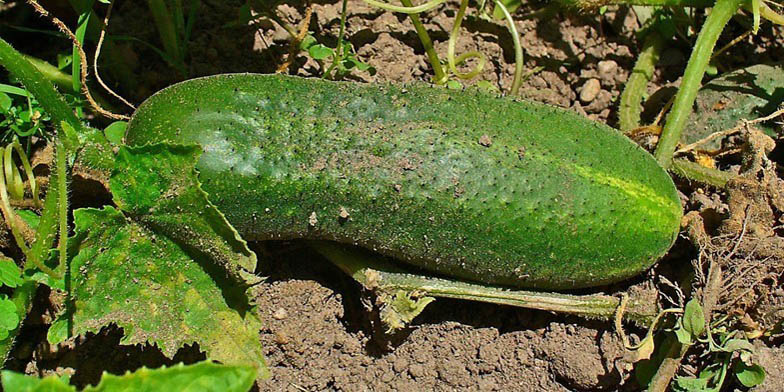 The cucumber is originally from South Asia but now grows on most continents. Many different types of cucumber are traded on the global market.

Cucumis sativus is a frost-sensitive annual with coarse (large, bold, and rough) leaves and a creeping vine that can reach upwards of six feet in length. The spiraling, hairy vine and tendrils that originate from the axil, allow the plant to readily climb supporting structures. Hairy, three to five-lobed leaves, with a triangular shape that is 10 – 40 cm in size, are each supported on a petiole and provide a canopy to cover the flowers and fruit. The overall root system is generally shallow (usually penetrates top 30 cm of soil) with lateral roots extending further than the vine; however, a tap root can reach one meter deep.

Cucumber plants are naturally monoecious, meaning there are separate male and female flowers on the same plant. Gynoecious predominately produce female flowers, however, they will produce male flowers under conditions that include longer days, high temperatures, and light intense days. The seeds of both monoecious and gynoecious maybe mixed for planting in the same area. Pollen is transferred by bees and other insects from the male to female flower. On commercial farms, gynoecious hybrids are more frequently used as they are more productive and develop earlier.

A few varieties of cucumber are parthenocarpic, the blossoms creating seedless fruit without pollination. Pollination for these varieties degrades the quality. In the United States, these are usually grown in greenhouses, where bees are excluded. In Europe, they are grown outdoors in some regions, and bees are excluded from these areas.

Most cucumber varieties, however, are seeded and require pollination. Thousands of hives of honey bees are annually carried to cucumber fields just before bloom for this purpose. Cucumbers may also be pollinated by bumblebees and several other bee species.