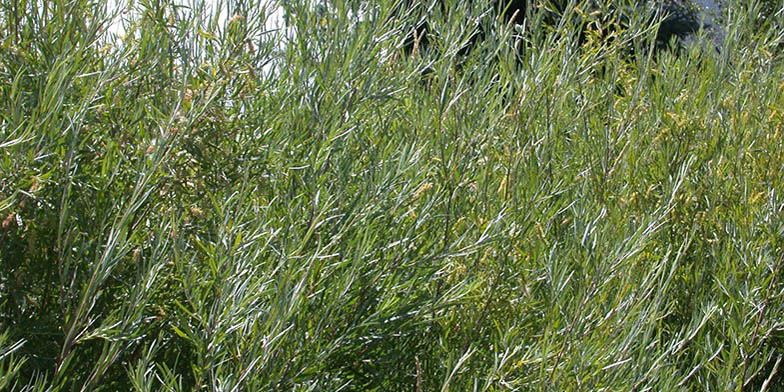 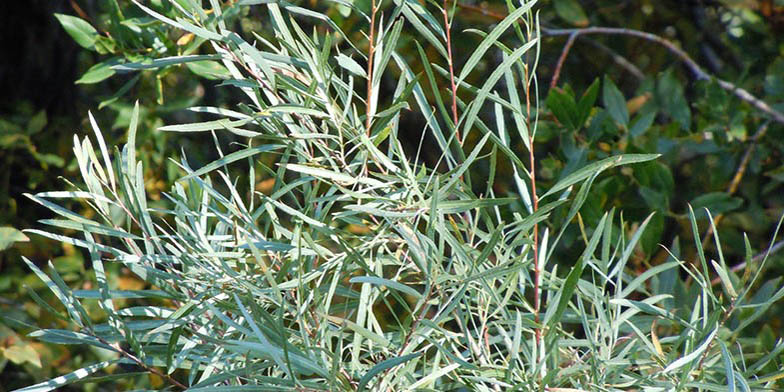 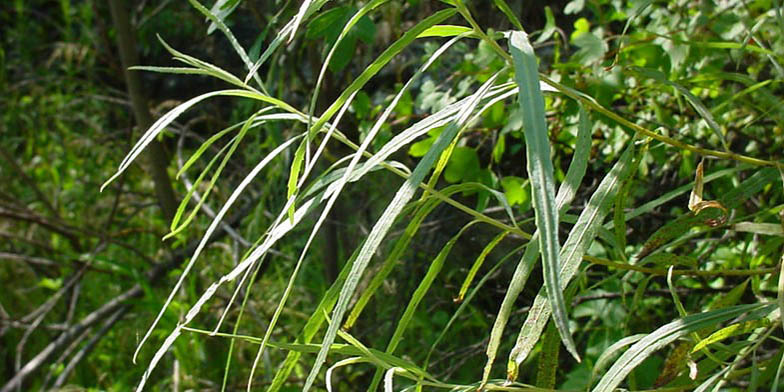 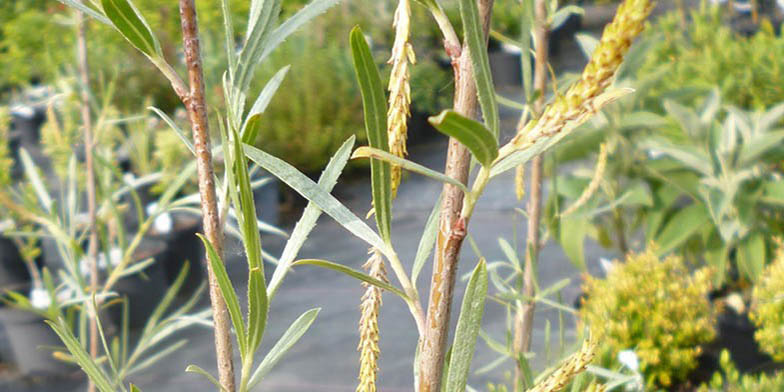 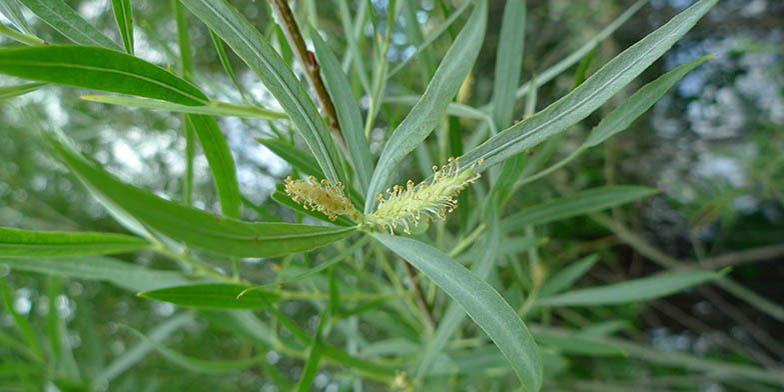 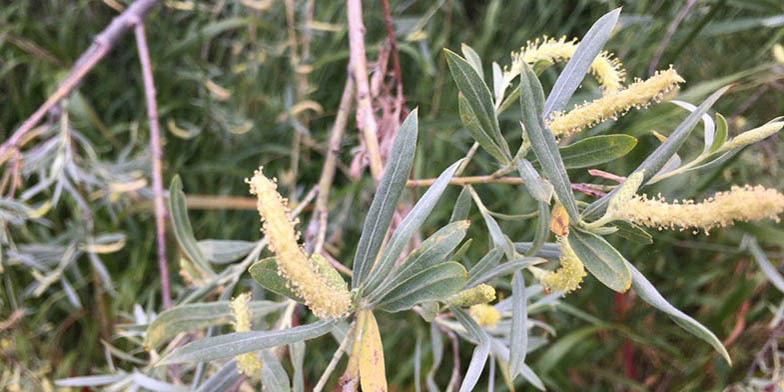 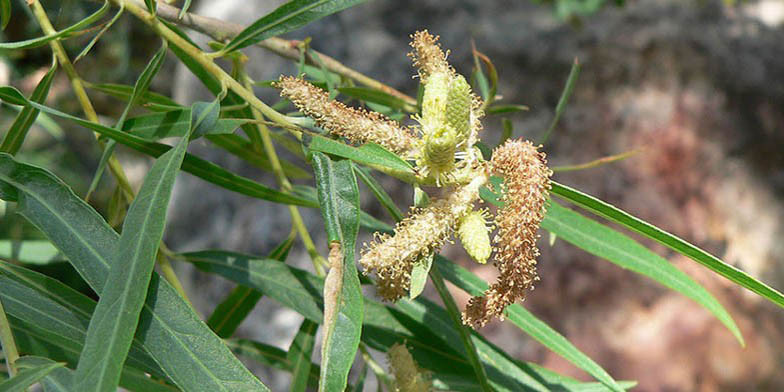 Narrowleaf willow is a widely-distributed species of plains and lower elevations to lower montane habitats in western North America. It occurs from Saskatchewan to eastern British Columbia, south through the western United States to Texas, Baja California Norte, and Chihuahua. While widespread in the Rocky Mountain, Great Basin, and desert regions, narrowleaf willow occurs entirely east of the Cascade Range.

Narrowleaf willow is a native, winter-deciduous shrub that grows up to 33 feet (10 m) tall. More commonly, narrowleaf willow is 6.5 to 20 feet (2-6 m) tall with many erect shoots. Individual stems arise singly or a few together and form large colonies from spreading roots. Lateral roots of narrowleaf willow produce root sprouts in profusion, often in long rows. These shoots elongate rapidly in spring. Narrowleaf willow also resprouts from the root crown.

Individual stems often only live 10 years, though some may reach 20 years. Shoot length, leaf length, number of leaves per shoot, and mean internode length all decrease with age.

Narrowleaf willow is alternately described as "deep-rooted" and shallow-rooted. Roots are woody and spreading, forming an extensive root system, especially with the development of large clones.

Narrowleaf willow produces flowers in catkins 0.6 to 4 inches (1.5-10 cm) long. Catkins are first produced with or just after leaves, though flowering may occur in succession throughout the summer.

Narrowleaf willow is both drought-resistant and very tolerant of flooding; it can withstand flooding for periods of 2 or more growing seasons.

Willows are very frost tolerant. Mature leaves and winter-dormant stems are capable of surviving temperatures of -4 oF (-20 oC) and -94 oF (-70 oC) respectively. However, frosts during the early growing season can cause severe damage to the fast-growing shoots. Temperatures <28 oF (-2 oC) will kill the elongation zone soon after exposure. Lateral buds below the damaged shoot rapidly form new shoots.

Narrowleaf willow flowers appear with or just after the leaves in mid- to late spring. Flower buds in willows are formed during the season prior to flowering and are likely activated by specific temperature thresholds or accumulated heat units; however, narrowleaf willow also initiates flowers at the tips of current shoots throughout the growing season. Narrowleaf willow may continue to flower sporadically through the growing season following a peak flowering period in May. Willows demonstrate a strong thermal control over flowering, which occurs in response to heat pulses and may be delayed by cold spells.

Narrowleaf willow seeds are generally released during a 1- to 2-month period from mid-May to mid-July; however, seed release may continue through October. Seed dispersal may correspond to low water levels, which may be important for reducing the number of seeds washed away and allowing seeds to germinate when soils are moist but not inundated.